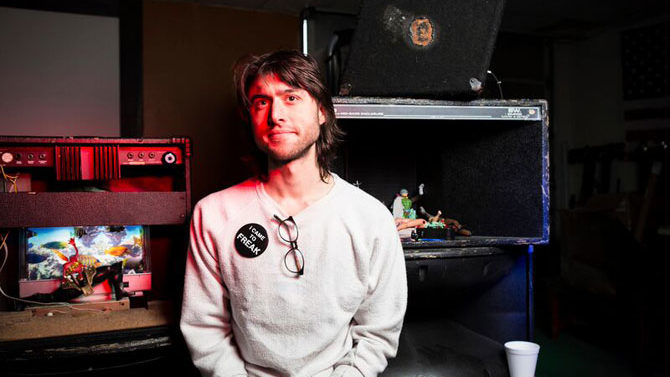 As Daniel Pujol and friends continue to work on material to follow up 2012’s United States of Being, they decided to head to the 40 Watt Club on Friday to play with locals Tia Madre and New Madrid. Dotted as it was with couches, tables and chairs, the club’s set-up was a tad surprising given the lineup.

When Pujol and an amplifier containing a luminous fake aquarium took the stage, most of the audience continued to recline on the provided furniture. But Pujol, unscathed by the audience’s distance, opened with a turbo-charged versio of “Too Safe,” followed by in-your-face renditions of new and old material, as if the band was performing for a rowdy crowd of moshers. The group’s mustachioed guitarist executed his licks flawlessly, proving that lead guitar isn’t a pointless endeavor nowadays, and the drummer just tore shit up.

For some twisted reason based in the depths of strange logic and irony, the attendees’ preference to sit actually enhanced the intimacy of the punk rock rodeo. Pujol made sure to introduce each song with a blurb about its purpose, making it seem like we were all children participating in the most intense of storytelling circles.

Despite contemporaries Titus Andronicus’ intolerance of the Classic City, Pujol’s performance proves that there are plenty of raucous rock and roll fish in the sea—or at least in Daniel Pujol’s amplifier.

Six Things to Do This Weekend

Athens Power Rankings for the Week of Sept. 16