Fighting With My Family Review 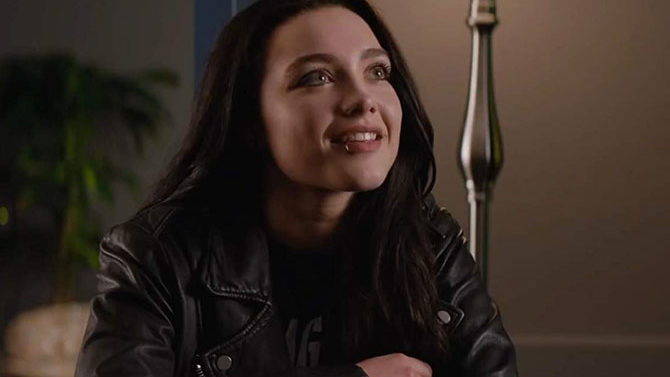 The most significant legacy left by the mildly entertaining, instantly forgettable Fighting With My Family may be how much the original “Office” duo of Ricky Gervais and Stephen Merchant need each other’s combined strengths. Merchant makes his solo feature writing and directing debut—he co-wrote and co-directed 2010’s Cemetery Junction with his more famous partner—with this professional wrestling biopic about WWE’s now-retired Paige, née Saraya-Jade Bevis.

Saraya (Florence Pugh), who wrestled in her family’s Norwich-based World Association of Wrestling under the name Britani Knight, eventually found her way into the WWE, where she eventually became two-time Divas Champion. Merchant’s movie fails to convincingly convey “that something special” everyone from The Rock (played by the man himself, Dwayne Johnson, who also served as producer) to talent scout-cum-wrestling coach Hutch Morgan (Vince Vaughn) keep telling us Saraya/Britani/Paige—she is not even sure to which name she should answer—has.

It makes a more convincing case for the mean girls. Without a support structure in Florida, Paige struggles to separate herself from the others, who are not as talented as this small-time pro from England. By her big WWE debut, Paige is still struggling to put together an identity, the importance of which Hutch constantly lectures the characters and the audience about. By what should be a fulfilling moment of triumph, the whole affair has become rather tedious, thanks to Merchant’s lack of original plotting and the unexpected lack of hearty humor.

The actors cast as the Knight family, led by Nick Frost and Lena Headey, are willingly game, but Pugh, like the biopic’s subject, is left on an island for most of the movie, which focuses too heavily on the obstacles in her way. Even then, it does not feel as if she has earned her shot. The footage of the real Knight crew seen in the credits again shows doc trumps biopic almost every time.