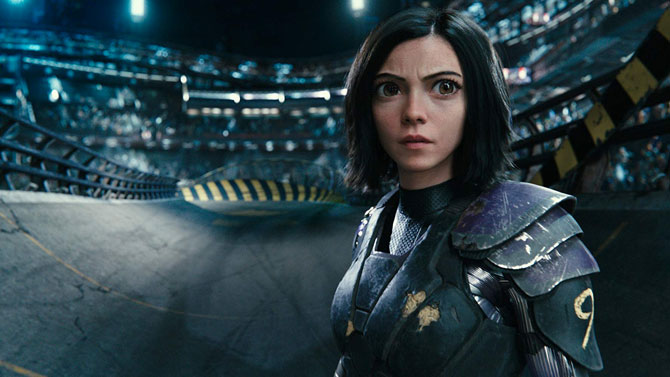 Yet another attempt to bring a beloved manga to the big screen, Alita: Battle Angel works no better and no worse than any other pulpy film from Robert Rodriguez. Cyber-surgeon Dr. Dyson Ido (Christoph Waltz, who may be creepier when he is not playing a bad guy) finds the remnants of an obsolete cyborg that happens to be the greatest warrior tech in all of history. After initially trying to tame Alita (wonderfully realized by Rosa Salazar, recently seen in Netflix’s Bird Box), the good doctor finally lets her be her and tear through the evil cyborgs running the streets of Iron City.

The plot holds little in the way of surprises, and character motivations are more nonsensical than most—why Ido’s ex-wife, Chiren (Jennifer Connelly), has anything to do with Mahershala Ali’s baddie is never adequately addressed. Nevertheless, Alita exemplifies impressive CGI action filmmaking. Even the 3D is recommended. (I bet the IMAX 3D is ridiculously impressive.) Thanks to a motion capture performance by Salazar that rivals some of Andy Serkis’ best work, Alita could win over even the most jaded filmgoer. The movie may struggle to cohere, but individual set pieces like the motorball competition, Alita’s underwater outing and the numerous battles set Alita: Battle Angel above lackluster recent contenders like Ghost in the Shell.