Won’t You Be My Neighbor? Review 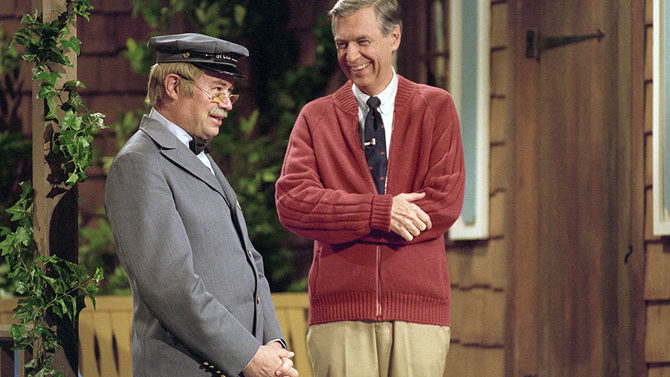 The new documentary about “Mister Rogers’ Neighborhood” may not be the year’s most important film, but its rededication of his message of love and kindness make it the most necessary. The new documentary from Academy Award winner Morgan Neville (20 Feet from Stardom) rivals RBG for summer’s hottest doc, yet neither profiles public figures who fit the typical dynamic of cool. In his sweaters and loafers, Fred Rogers was square, man, even if his secular sermons were subtly radical.

Such a look at civility seems downright revelatory in the current uncivil era. Watching the incredible social subtext in archival footage of Rogers walking children through adult topics such as assassination, death and divorce brought to mind the probable conflagration his kind words would light on social media. As proof, the film reminds moviegoers that Trump’s morning favorite, “Fox and Friends,” derided Rogers’ evil agenda to make everyone feel special; imagine Trump’s tweeting accompaniment decrying Rogers as “a Liberal loser. Sad.” But if Rogers could survive Richard Nixon, one imagines he could outlast Donald Trump as well.

No doubt modern online critics would deride Rogers as a snowflake, a critique one imagines he would gladly accept. Is not each individual fleck of falling snow unique? Rogers preached nothing if not the bespoke self-worth of every single child. Neville heads off modern ideological criticisms of Rogers by branding him a lifelong Republican and an ordained minister. Won’t You Be My Neighbor? joins First Reformed to further prove false the conservative myth that there is no religious left.

Another important lesson to take from Won’t You Be My Neighbor? is how much the Republican party has changed ideologically since America’s last visit to “Mister Rogers’ Neighborhood.” While his neighborhood has yet to be razed, it certainly feels like those idyllic afternoon visits now exist in the Neighborhood of Make-Believe, once ruled benevolently by King Friday XIII. (Hopefully, Lady Elaine Fairchilde has not become ruler via political patronage.)

Like the rest of my misspent television youth—most of it indirectly tut-tutted by Rogers thanks to the magic of editing—the idyllic “Mister Rogers’ Neighborhood” can live on forever in reruns. However, the most moving sequences of Won’t You Be My Neighbor? are not clips from classic episodes; the film joyfully jerks tears from archival footage of Rogers using his cavalcade of puppets, particularly sweetly innocent Daniel Striped Tiger, to reach children off the air. (Daniel Tiger even charms Tom Snyder!)