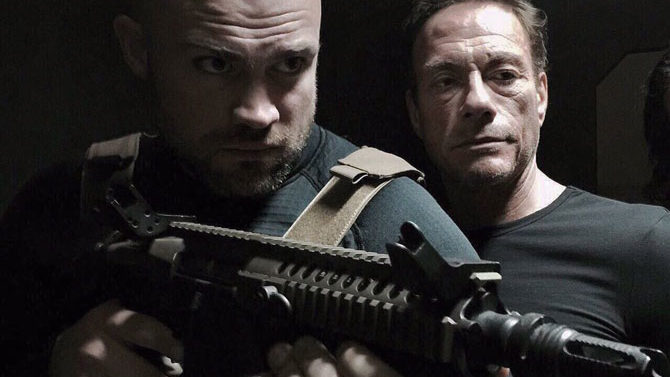 Don’t be drawn in by the opening scene, a tersely mysterious tête-à-tête between Jean-Claude Van Damme and Dolph Lundgren. Were Black Water to maintain the quality of this opening sequence, its pulpy praises would be spreading from coast to coast. After this scene ends, Lundgren goes AWOL for large chunks of time, while JCVD beds Auburn grad Courtney B Turk, gets in a motel firefight in Mobile, AL and winds up in a CIA black site housed in a submarine!

Admittedly, that description sounds awesome, but it plays out in the most C of B-movie ways. All of the unknown actors seem like knockoffs of not-quite A-listers like Megan Fox, Mitch Pileggi and Dean Winters. Black Water is not an awful movie, and seeds of genre greatness pop up occasionally. Too bad the movie suffers from a terminal lack of Lundgren through much of its padded one hour and 44 minutes.