The Death of Stalin Review 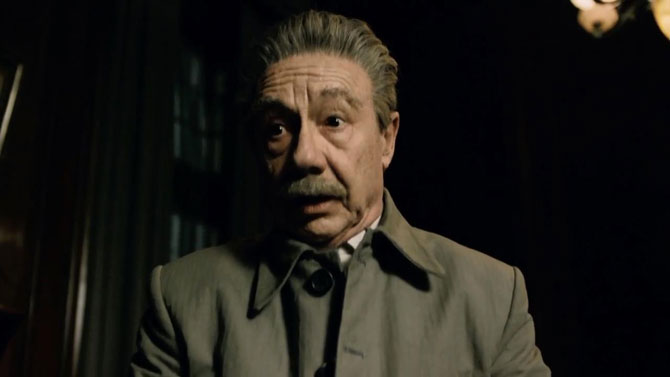 Armando Iannucci, the creator of “Veep,” returns to the big screen for the first time since his Oscar-nominated feature debut, the 2010 political comedy In the Loop. His new film is a fun recounting of the aftermath of Soviet dictator Joseph Stalin’s death, as depicted in the French graphic novel by Fabien Nury and Thierry Robin. Immediately, the members of the Central Committee begin fighting for power; NKVD (Soviet secret police) head Lavrentiy Beria (Simon Russell Beale) and Deputy General Secretary Georgy Malenkov (Jeffrey Tambor) are on one side, with the eventual winner, future First Secretary and Premier Nikita Khrushchev (Steve Buscemi), on the other.

Familiar faces are surprisingly rare for this sort of comedy. Former Monty Python member Michael Palin and Jason Isaacs are about the only other actors most American audience members will know, though Isaacs wins the film as Field Marshal Georgy Zhukov, the pugilistic head of the Red Army, whom Beria removed from Moscow and replaced with the NKVD he controls. Underhanded actions like those perpetrated by Beria should not be funny, but Iannucci’s comedy will convince you otherwise, even with its lethal ending. The entire cast is rock solid, with Buscemi getting a particularly juicy role as the only Soviet recognizable to the average, if older, American.

Is Iannucci’s political satire historically accurate? I have no clue, and do not care. After six seasons of “Veep,” I was simply happy to see his wildly funny, exceedingly bitter wit on the big screen again.