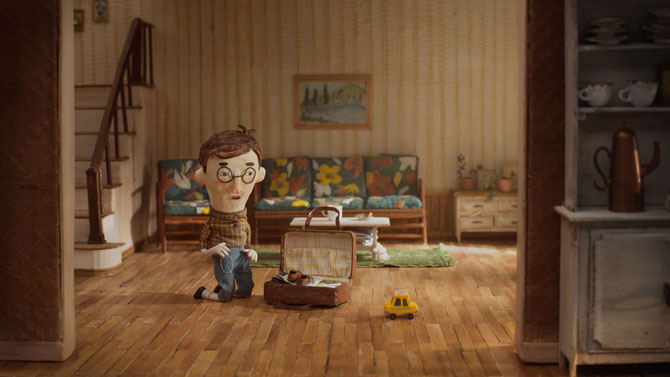 It’s Oscar time again! Outside of catching up on all the Best Picture nominees, the best new Oscar tradition is checking out the short films, both live action and animated, that have been nominated by the Academy. This year’s animated selection has everything from Kobe to Roald Dahl, along with the annual Pixar inclusion. The nominees are…

Dear Basketball: Kobe Bryant wrote and narrated this pencil-sketched love letter to his lifelong sport, which is scored by the legendary John Williams. Unfortunately, the lifelong Laker ended his career a more divisive figure than seemed possible when he burst on the scene, fresh from high school. Glen Keane’s entry is brief and pleasant but lacks the broad emotional appeal that typifies an award winner.

Negative Space: Max Porter and Ru Kuwahata’s likely winner uses stop-motion animation to tell the poignant story of a boy who bonded with his father over luggage. Emotionally fulfilling and atypically animated, Negative Space packs more of a punch in five-and-a-half minutes than most two-hour dramas.

Lou: Pixar’s entry is sweet and even better upon second viewing. The items in an elementary school’s lost-and-found box teach a young bully a lesson. Slight but entertaining, Lou is the most accessible of the five nominees and exactly what one expects from the talent at Pixar. It’s also the directorial debut of 18-year Pixar vet Dave Mullins.

Garden Party: Several amphibians enjoy the leftovers at a mansion riddled with bullet holes in this French short from the team of Florian Babikian, Vincent Bayoux, Victor Caire, Théophile Dufresne, Gabriel Grapperon and Lucas Navarro. The only short that might be considered unsuitable for young children due to an unsurprisingly macabre reveal, Garden Party sports the most striking animation and would be my pick for the award.