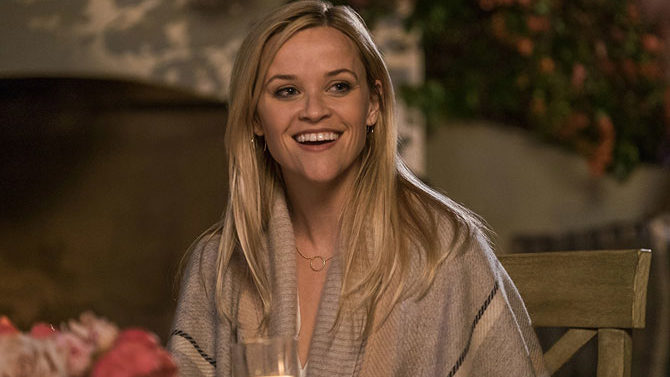 The feature writing and directing debut of Nancy Meyers’ daughter, Hallie Meyers-Shyer, tells an odd, unlikely story. On her 40th birthday, Alice Kinney (Reese Witherspoon) meets a young wannabe director, Harry (Pico Alexander); the next day, Harry and his moviemaking collaborators, actor Teddy (Nat Wolff) and writer George (Jon Rudnitsky), move into her guesthouse. That house belongs to Alice’s deceased father, a John Cassavetes-type filmmaker worshiped by the trio of young men. Oh yeah; she is also separated from her music-exec husband, Austen (Michael Sheen). And she is failing to be an interior designer for a stuck-up socialite/user (Lake Bell).

The plot is so odd and overstuffed it feels like the logline for an ’80s sitcom. While retaining the well-dressed trappings of Meyers-Shyer’s mother’s films, Home Again lacks their wish fulfillment. Still, Witherspoon’s grace and appeal offer audiences an Alice who would almost certainly have been shriller in the hands of someone else. I’m still parsing out what exactly happened in this bizarre romantic comedy.