All Eyez on Me Review 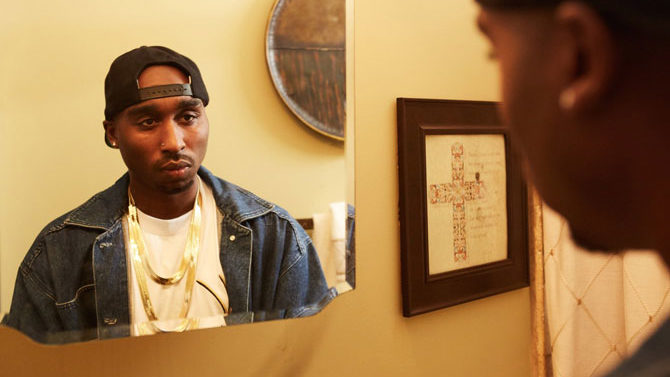 The brief life of Tupac Shakur deserved a more complex, epic retelling than this shallow albeit nostalgically entertaining biopic. Demetrius Shipp Jr. is a cosmetically effective Tupac who helps the film blur the lines between fact and fiction. Unfortunately, it softens the rougher edges of the “walking contradiction” that was Tupac. Even Suge Knight (Dominic L. Santana), the acknowledged supervillain of the rap universe, comes off like a loyal, violent teddy bear by the film’s tragic conclusion.

Shakur often appropriately quotes Shakespeare in the film, as his life bears a close resemblance to a Shakespearean tragedy. One can sense the overall quality of the film from its supporting cast, whose most recognizable faces hail from AMC’s “The Walking Dead”—Danai Gurira and, briefly, Lauren Cohan. However, the scenes between Tupac and Biggie are mesmerizing, thanks to Jamal Woolard reprising his role from the superior rap biopic Notorious.

Now all I wish is that All Eyez on Me had been a continuation of the extended rap universe, where where all these contemporaneous talents are played by the actors from Notorious and Straight Outta Compton. Sub in Shipp for Notorious’ Tupac, Anthony Mackie; the three cinematic Suges can duke it out in true Knight fashion. He would make a great villain around which the films could revolve. The extended musical sequences are the film’s true highlights, as well they should be. Otherwise, All Eyez on Me would not seem out of place as an epic ratings-grabber for BET.