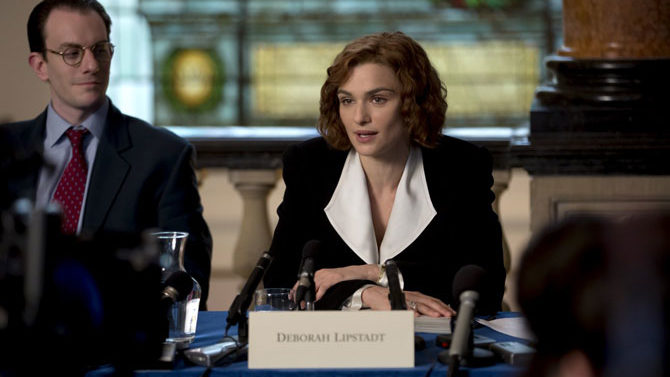 Denial teaches more about the British legal system than any film I have ever seen. Despite its hundreds of years of existence, British law regarding libel seems pretty ridiculous; we definitely got that part right in our post-independence period.

In the late ’90s, current Emory professor Deborah Lipstadt (Rachel Weisz) faced a libel case brought before the British court by David Irving (Timothy Spall), a historian and Holocaust denier. The landmark case is fascinating, and this cinematic recount is infuriating and fascinating—even more so when one learns it was directed by the guy behind The Bodyguard and Volcano.

An early prestige pic, Denial lacks visual brilliance and succeeds more on its intellect than its emotion. Two-time Oscar nominee David Hare’s script pleasantly lectures without relying simply on the emotional impact of its central thesis. From top to bottom, the cast is exceptional, with another show-stopping performance from Tom Wilkinson, probably the film’s most nominatable feature.

Not every film needs to teach the audience something, but when one does illuminate a lesser-known historic event, it should be done competently and dramatically. Denial is guilty on both counts.