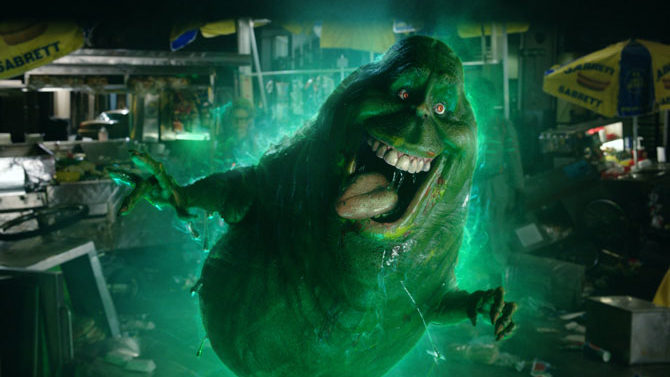 The internet already had a lot to say about the Ghostbusters remake, most of it negative, before the movie was more than a two-and-a-half-minute trailer. Now all 117 minutes have arrived in theaters, and the result is not that bad, though the movie never adds up to as many belly laughs as its funny female quartet—Kristen Wiig, Melissa McCarthy, Kate McKinnon and Leslie Jones—should equal.

Similar to the 1984 original, a group of struggling scientists becomes the only thing standing between New York City and a truly devastating supernatural sliming. Ostensibly in the Bill Murray/Dan Aykroyd roles, Wiig and McCarthy play more straight (wo)men to McKinnon’s wacky weapons designer (think a more militarized Egon) and Jones’ hilarious subway worker. McKinnon was the presupposed breakout, but Jones steals the show.

The group dynamic works for consistent giggles, though the largest laughs come when they round up to a quintet with Chris Hemsworth’s super-dumb hipster assistant. The ghost effects recall Disney’s Haunted Mansion with a colorful vitality that verges on pretty. The film’s villainy could have been better, both bureaucratically and divinely. Be sure to stick through the entire end credits—they are entertaining—for some nice fan service/sequel setup.