The Legend of Tarzan Review 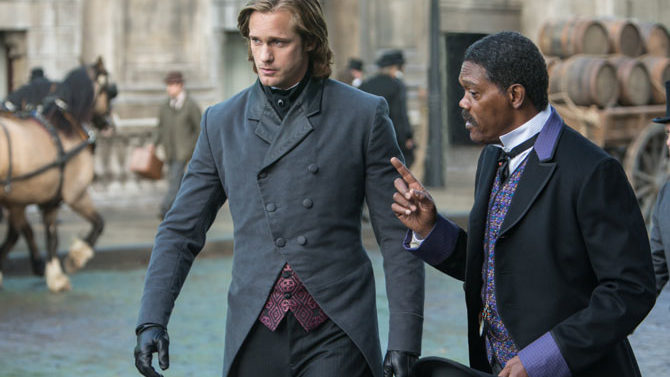 The more politically correct we get, the more difficult it is going to be to bring Tarzan to the big screen. He did not exactly start in a PC place. Edgar Rice Burroughs’ most famous creation will remain mired in colonialism, social Darwinism and any other late-19th-Century-isms that do not look so polite in a 21st Century light. That being said, director David Yates (the last four Harry Potter films) and writers Craig Brewer (Hustle & Flow) and Adam Cozad (Jack Ryan: Shadow Recruit) do their damnedest to update the Ape Man with as modern a lens as may be possible.

Returning to Africa after years in England, John Clayton, Lord Greystoke (Alexander Skarsgård) finds himself embroiled in the shadowy schemes of Belgian King Leopold’s emissary, Leon Rom (Christoph Waltz, giving as meticulous a performance as always), which involves trading Tarzan to a vengeful African tribal chief (Djimon Hounsou) in exchange for diamonds to fund Leopold’s new African army. Fortunately, Tarzan has a rifleman from America, George Washington Williams (Samuel L. Jackson), and his beautiful wife, Jane (Margot Robbie), along with his African and animal friends, to assist him.

Skarsgård and Robbie make an extremely beautiful Tarzan and Jane, and the movie occasionally soars through the jungle when its titular character is let loose. But the free-flowing Tarzan moments are fewer than the scenes shoving the narrative forward. The filmmakers smartly partner Tarzan with Jackson’s Williams, which tones down the white-man-saving-Africa vibe traditionally given off by this iconic character. Despite the arrangement of some winning pieces, The Legend of Tarzan needs more wildness; simply being more fun than Greystoke is not much of a compliment.