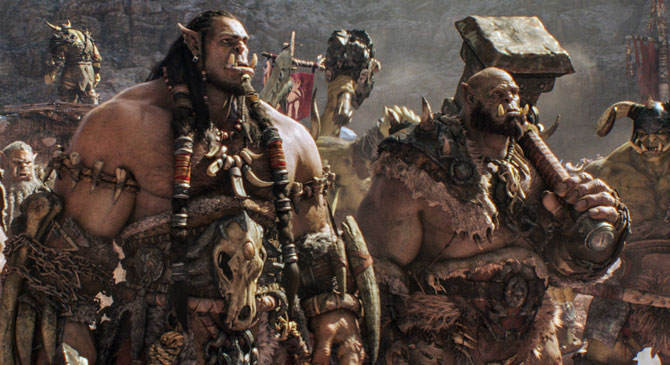 I do not want to write off Warcraft completely as a movie. While I have never played the mega-popular MMO, World of Warcraft, I am familiar with the struggle of the Humans and the Orcs from the days of Warcraft II LAN parties during my freshman year of college.

The movie, as written and directed by Duncan Jones (the son of David Bowie who earned major credibility with the excellent Moon), does a lot of high fantasy things right. Notably, the Humans and Orcs are treated equally; the war is not simply a battle for the survival of noble man against a race of barbaric beasts. The Orc sequences, highlighted by another stellar motion-capture performance by Toby Kebbell (Dawn of the Planet of the Apes), have more emotional depth than any scene involving Human warrior Lothar (Travis Fimmel, “Vikings”), King Llane (Dominic Cooper) and the Guardian, Medivh (Ben Foster, looking super Jesus-y). Paula Patton makes a great case to be cast as She-Hulk, effectively emoting despite the acting limitations of her tusks and green makeup. High fantasy should be full of wonder and awe, but Warcraft feels more like an afternoon harvesting resources.