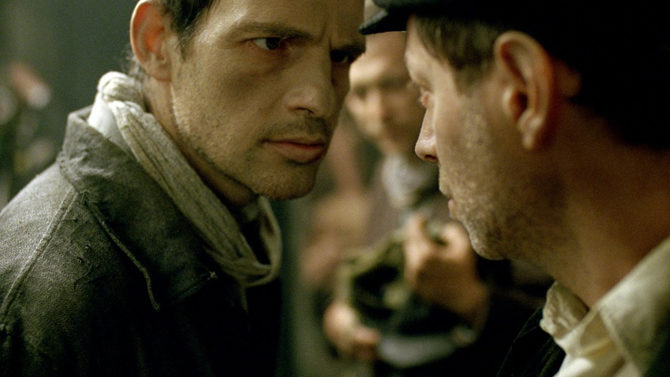 The debut film from Hungary’s László Nemes won the Academy Award for Best Foreign Language Film, as well as a truckload of other international prizes. Set in Auschwitz in 1944, a prisoner named Saul (Géza Röhrig, who sort of resembles Hungary’s answer to Mark Ruffalo) works as a Sonderkommando tasked with disposing of the victims of the camp’s gas chambers. While doing his horrific duty, Saul sees the body of a boy who resembles his son. He spends the rest of the film trying to bury the boy’s body while being pushed from one task to another by Nazis, as well as the Jewish prisoner-leaders of various Sonderkommando units.

Saul’s singular quest for a rabbi is not as compelling as various revolutionary subplots, but Nemes sacrifices comprehensibility for a grippingly immediate, quasi-found footage style. Most of the events are witnessed over Saul’s shoulder, as if we are his constant companion. It can make Son of Saul a difficult film to watch, and many filmgoers will probably not find the experience rewarding enough to justify the greater-than-usual effort it takes to watch. However, in the vast collection of movies about the Holocaust, Son of Saul stands apart.