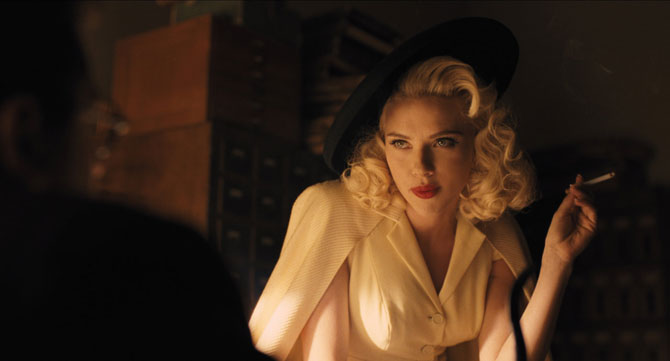 Projecting which lighter Coen fare will eventually become fan favorites is nearly impossible, so I cannot tell you whether or not Hail, Caesar! will be more Big Lebowski/O Brother or Intolerable Cruelty/Burn After Reading. First impressions are positive. The brothers’ love letter to old Hollywood boasts a game George Clooney, surging Channing Tatum and out-of-nowhere comic gold from Alden Ehrenreich. When big studio star Baird Whitlock (Clooney) is kidnapped off the set of a swords-and-sandals epic, Capitol Pictures’ head of production and “fixer” Eddie Mannix (Josh Brolin as the movie’s straight man) must get him back while keeping his various actors and directors—an all-star cast including Scarlett Johansson and Ralph Fiennes—happy and out of the gossip columns. Tilda Swinton, Jonah Hill and Frances McDormand pop up as well, though my personal favorite appearance comes in the form of Christopher “Highlander” Lambert. “There can be only one,” after all.

The Coens’ latest comic entry begins a bit inaccessibly, as Brolin’s Mannix rarely has any fun. But the movies within the movie are delightful. The singing westerns of Ehrenreich’s gymnastic cowboy Hobie Doyle and the Busby Berkeley balletics of Johansson’s mermaid DeeAnna Moran are terrific. Then Tatum’s Burt Gurney bursts onto the scene with a censors-be-damned song-and-dance number for the movie’s crown jewel; it deserves a place on any reel of the Coens’ greatest scenes. Even if the parts of Hail, Caesar! are better than its whole, it is still worth the price of admission.