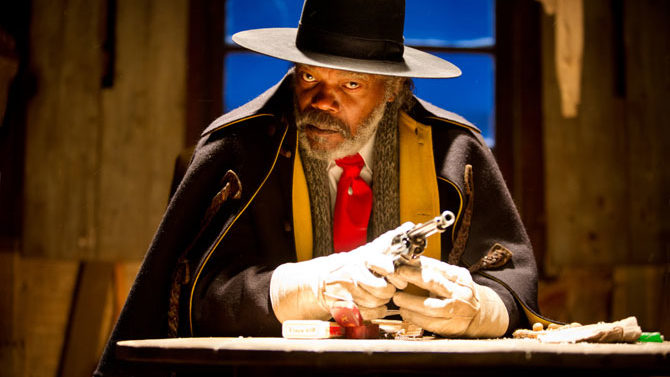 Tarantino has the most fun he has ever had with genre, history and movie history. The extremely bloody, comic, western mystery is like John Carpenter’s The Thing (even cribbing some of Ennio Morricone’s score) meets Agatha Christie; consider this And Then There Were (Briefly) Eight. With all the fuss being made about Tarantino shooting in 70 mm, his Hateful Eight is really just a one-set play. Sure, the establishing shots of the frontier and the blizzard look gorgeous in 70-mill. Otherwise, the stars are the actors and, as usual, QT’s snappy dialogue—some of his best since Jackie Brown. (Be warned: Tarantino sprinkles the n-word more liberally throughout this film than usual.) Between QT’s quips, whipped about by vets like Russell, Jackson and the others, moviegoers are likely to never have as much fun at a nearly three-hour movie. I already cannot wait for Tarantino’s ninth film.