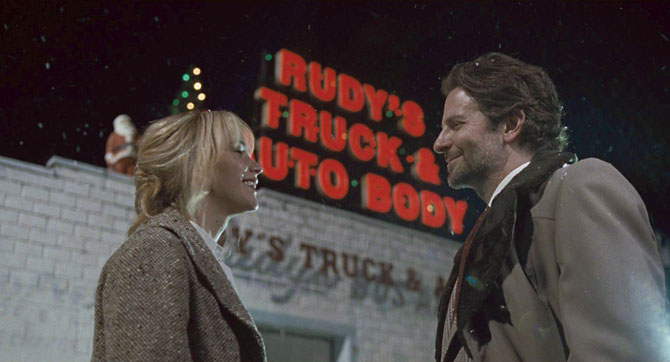 David O. Russell’s least successful film since 2004’s I Heart Huckabees marks his third collaboration in a row with Jennifer Lawrence, Bradley Cooper and Robert De Niro. Joy is loosely based on the life of Joy Mangano, a self-made millionaire who invented the Miracle Mop, and works best when detailing Joy’s rise on QVC, alongside Cooper’s TV executive, Neil Walker. Those sequences reveal that a film chronicling the behind-the-scenes story of that network could be exhilarating.

As should be expected, Lawrence deserves the credit for almost everything Joy does right. The camera loves her, and she responds with a powerful portrayal of a struggling single mother that goes beyond the typical. Unfortunately, De Niro, Virginia Madsen, Isabella Rossellini and Elisabeth Röhm are saddled with playing Joy’s horrendously awful family; none of them can really overcome their roles. As Joy’s beloved grandmother, Mimi, Diane Ladd is the lone actor to survive her relationship to the title character.

The film struggles out of the gate; taking far too long to establish its characters and their situations. Soap opera interludes, replete with soap vets like Susan Lucci and Donna Mills, further confuse the early goings. The film hits its stride with its first visit to QVC and does not look back much from there. Unfortunately, the damage is done, as the tough early sledding badly colors the entire proceeding. Russell and Lawrence have invented, and will invent, better cinematic products.