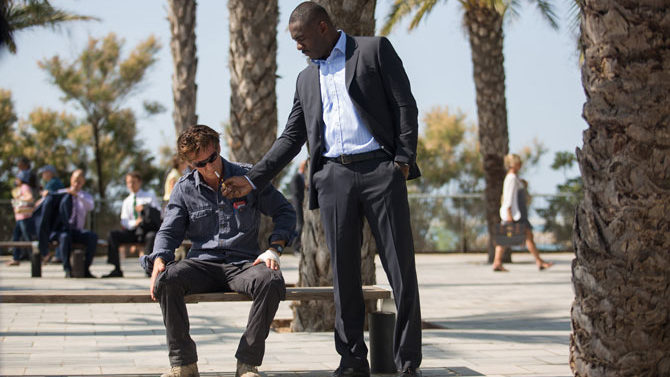 Sean Penn winds up looking more like Marc Maron than Liam Neeson in his bid to take some of the older action biz from the Taken star. Penn’s Terrier was responsible for a diplomatic assassination in the Congo. When he returns to the war-torn African nation nearly a decade later, he discovers a bounty on his head.

Most of the early drama is focused on the love triangle between Terrier, a hot doc named Annie (Jasmine Trinca) and Javier Bardem’s sleazy-from-the-start Felix.

With Ray Winstone and Idris Elba, The Gunman certainly fills its tough-British quota, but director Pierre Morel cannot recapture the Taken magic with Penn’s brand of tough “charm.” The star surely is ripped though; he could give Tom Cruise a run for his money in the ab department.

More political than personal—exactly as one would expect from a star vehicle co-written by Penn–this Gunman is off target.