Oscar Predictions, Plus New and Old Films to Watch This Week 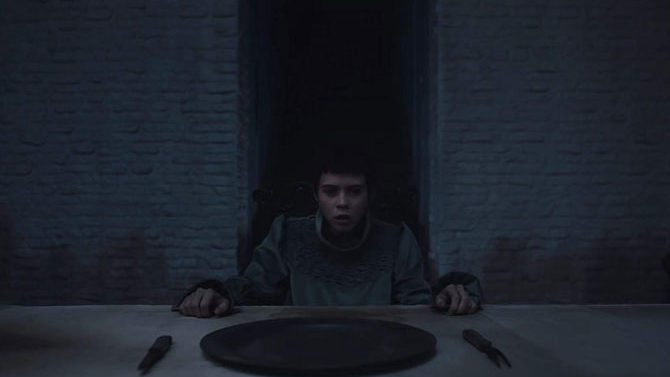 It’s Oscar time! Best Picture again pits multiple worthy films against one another. The nominees, in my order of current preference, are Once Upon a Time in Hollywood, Parasite, Little Women, Joker, Jojo Rabbit, 1917, Marriage Story, The Irishman and Ford v Ferrari, meaning I would vote for QT’s latest epic. Barring an upset, I anticipate the envelope will read 1917. Though I would love to see Tarantino hoist the prize for Best Director, if we all agree 1917’s most stunning achievements are technical, it is hard to argue against Sam Mendes.

For Best Actor and Best Actress, I would be shocked if Joaquin Phoenix or Renee Zellweger lost, and I am fine with both selections. Go ahead and give Brad Pitt his Best Supporting Actor Oscar already, and I have no reason to bet against Laura Dern for Best Supporting Actress, either. I would like Best Original Screenplay to go to Knives Out and Rian Johnson, but one nomination shows little love, especially as much as the Academy prefers to reward QT for writing and nothing else. Why not Steven Zaillian’s The Irishman for Best Adapted Screenplay? Just please not Joker, in its weakest category by far. (I would be ecstatic if Hildur Guðnadóttir won Best Original Score.)

Oscar weekend only sees one wide release, Birds of Prey (and the Fantabulous Emancipation of One Harley Quinn), in which Margot Robbie reprises her role from Suicide Squad as the Joker’s equally wild and crazy girlfriend. Ciné continues to offer 1917, Oscar Animated Shorts 2020 and Parasite, and adds a screening of the suicide doc The S Word on Feb. 8.

The Georgia Museum of Art’s Black History Month Film Series starts with Spike Lee’s Malcolm X on Feb. 6. UGA’s Speak Out for Species and Sustainable UGA again sponsor Long Gone Wild, another look at captive orcas and marine theme parks, at the Miller Learning Center on Feb. 10. Tate’s movies for the weekend of Feb. 7–9 are Jexi, which I avoided, and the entertaining B-movie 21 Bridges, starring Chadwick Boseman. Beechwood’s Flashback Cinema has an encore showing of Meet Me in St. Louis on Feb. 5 before James Cameron’s Titanic sails again on the big screen on Feb. 9. The Oglethorpe County Library’s Seniors’ Monday Matinee returns on Feb. 10, movie TBA.

GRETEL & HANSEL (PG-13) A far more ambitious horror film than usually finds its way to a wide release, Gretel & Hansel purposely swaps the order of the lost siblings’ names to focus on Gretel (Sophia Lillis, as good here as she was in both chapters of It), a teenager on the cusp of adulthood. Hansel (Sam Leakey) takes a backseat as her little brother, tagging along everywhere she goes.

Director Oz Perkins (son of Psycho’s Norman Bates, Anthony Perkins) and writer Rob Hayes tweak their straightforward retelling of the Grimm fairy tale by empowering Gretel. The promising Perkins shows an eye for stylish, dreamy horror, and his latest film comes off as a more in spirit remake of Suspiria than Luca Guadagnino’s. That composer Robin Coudert’s score aurally exudes a lot of Goblin does not hurt the comparison. Moviegoers seeking a more conventional horror experience will see the lack of immediate terror as a bane. However, the surprising Gretel & Hansel effectively carves out its own space as a more accessible version of The Witch.

COLOR OUT OF SPACE If you can make it to Ciné before Color Out of Space is gone, do so. Richard Stanley’s return is a triumphant blend of horror and science fiction that watches like a ’90s direct-to-video relic one would rent from Vision upon confirming the cult classic status this film may one day achieve. Every line requiring Nicolas Cage to utter “alpacas” is pure gold. Colin Stetson’s score perfectly accompanies the intriguing color palette and practical FX reminiscent of The Thing. Fingers crossed this movie heralds a late career burst of productivity from Stanley akin to that of Terence Malick.