Fairy Tales and Funny Gangsters: What to Watch This Week 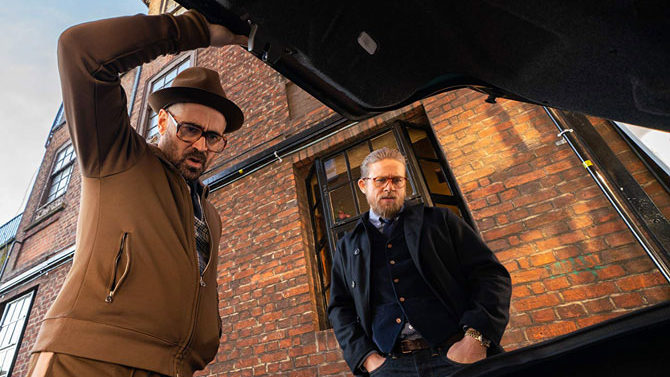 More winter chills arrive this week in Gretel & Hansel, but the more promising new release appears to be The Rhythm Section. The latest retelling of the Grimm fairy tale looks pretty faithful to the source, stars Sophia Lillis from It and the Borg Queen Alice Krige as the Witch and is directed by Norman Bates’ son (Oz Perkins). The Rhythm Section stars a nearly unrecognizable Blake Lively as a woman seeking revenge on the people responsible for the plane crash that killed her family. It is safe to assume “The Handmaid’s Tale” pilot director Reed Morano and writer Mark Burnell are thinking long term, as their film adapts the first book in Burnell’s Stephanie Patrick series. Jude Law and Sterling K. Brown co-star. The Oscars are Feb. 9, and the live action and animated shorts nominees are going into wide release just in time for interested viewers; Ciné should have one or both soon.

Speak Out for Species and Sustainable UGA are raising awareness about pet overpopulation in the South with A Southern Fix at the Miller Learning Center on Feb. 3. Tate brings back Moana and Fast & Furious Presents: Hobbs & Shaw from Jan. 31–Feb. 2. You may recall I said the blockbuster spinoff is an even more enjoyably playful version of the main series, and I prefer Moana to Frozen. Beechwood’s Flashback Cinema hosts an encore screening of Gone With the Wind on Jan. 29 and the Met production of Porgy and Bess—also known as another chance for me to miss an opera—on Feb. 1.

THE GENTLEMEN (R) Guy Ritchie is definitely back in his happy place. After revitalizing his career with Sherlock Holmes and Aladdin, the former Mr. Madonna returns to his first love: violent, funny, stylish gangsters, whose stories had grown stale by 2009’s RocknRolla. But The Gentlemen is as charming, vicious and watchable as Snatch. When aging marijuana kingpin Mickey (Matthew McConaughey) starts looking for a way out, he gets pulled back in by a youthful rival named Dry Eye (Henry Golding).

The Gentlemen has a gay problem, a woman problem, a race problem, etc. (Snatch probably did, too; we just did not notice or care in 2000.) The easily offended will certainly find plenty of punchlines and stereotypes to be angry about, and those who find bloody, violent laughs repugnant will not leave amused. The Gentlemen certainly teeters on the edge of distastefulness. Whether or not you think it falls into that odious abyss matters more than all the smooth talk and stylishly bespoke tracksuits in England.

THE TURNING (PG-13) Unsurprisingly, The Turning, an adaptation of Henry James’ classic horror novella The Turn of the Screw, is redolent of numerous cinematic ghost stories that precede it, which included, at my screening, the trailer for the upcoming Brahms: The Boy II. If anything made the point of The Turning’s interchangeability with most other haunted house movies centered on dark-eyed whelps, it would be having a trailer for another one right before it.

The Conjuring writing team of Carey and Chad Hayes have far less success scripting an original take on James’ influential work. Mackenzie Davis stars as Kate Mandell, the new nanny for Flora Fairchild (Brooklynn Prince, as good here as in The Florida Project). When Flora’s older brother, Miles (Finn Wolfhard), returns from boarding school, the ghostly haunting heats up in the massive mansion inhabited by the trio and the family’s longtime housekeeper, Mrs. Grose (Barbara Marten).

Director Floria Sigismondi (The Runaways) made her name with music videos, and it shows—the ghostly effects she employs would have been cutting edge on fledging MTV. In The Turning, the dated visuals provoke embarrassment more than chills. The rest of the movie is handsome, if unmemorable, outside of some unusually notable, creepy end credits, which really are a music video.