Classics and Crowd Pleasers: Movies to See as We Ease Into 2020 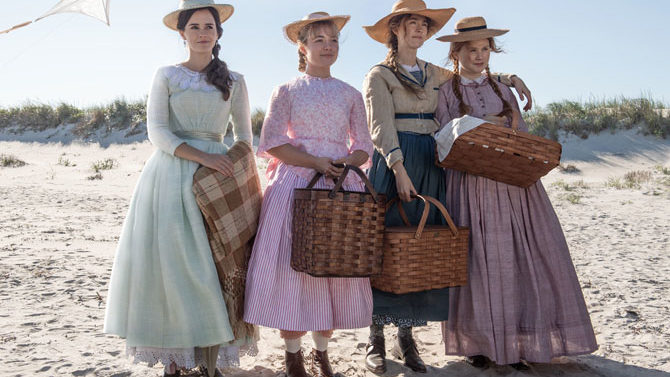 A new year at the cinema officially kicks off with the first horror burnoff of winter—but more on The Grudge later. Now, each weekend mixes award contenders that have yet to open in Athens and movies bound to be forgotten by the end of the month. Buzz on 1917, the World War I drama constructed as one shot by director Sam Mendes, is stronger than any award wannabe yet to reach Athens. The Alabama-set death row drama Just Mercy tasks Michael B. Jordan and Jamie Foxx with overcoming some questionable accents—just listen to Brie Larson and Rafe Spall in the trailers—to find more than middling success in these parts. Rose Byrne and Tiffany Haddish play BFFs fighting Salma Hayek for their beauty company in the comedy Like a Boss. Meanwhile, Kristen Stewart, Vincent Cassel, T.J. Miller and John Gallagher Jr. all made the same questionable career move when they signed onto Underwater, an aquatic monster movie spliced from the genes of Sphere, The Thing and Event Horizon.

Movie options around town are cranking back up. Ciné still has Little Women and the last Star Wars (more on both below). Flicker is celebrating John Waters with a monthlong celebration titled John-uary. Fortunately, you have only missed the first screening, Multiple Maniacs. The second selection, the 1972 “crass-ic” Pink Flamingos, can be seen on Jan. 8. Showdown at the Equator brings Sonny Chiba back to Flicker in 1974’s The Street Fighter on Jan. 13.

The Athens Jewish Film Festival presents its first free special event of 2020 with a 30th anniversary screening of Barry Levinson’s Avalon at the ACC Library on Jan. 12. On Jan. 13, the Oglethorpe Library offers seniors one last chance at the holiday classic It’s a Wonderful Life with their first Seniors Monday Matinee of 2020. Beechwood’s Flashback Cinema is done with holiday movies and kicks off the new year with 1970’s Elvis: That’s the Way It Is on Jan. 8 and Blade Runner: The Final Cut on Jan. 12.

STAR WARS: THE RISE OF SKYWALKER (PG-13) The Skywalker soap opera ends as it began: with an extremely entertaining blockbuster. The finale of the sequel trilogy adds as little to the larger Star Wars universe as The Force Awakens and excises or ignores most everything Rian Johnson added in The Last Jedi. The new trio of Jedi Rey (Daisy Ridley), former Stormtrooper Finn (John Boyega) and X-Wing pilot Poe Dameron (Oscar Isaac) are finally united for one last push against the First Order, led by Kylo Ren (Adam Driver) and an old enemy, Emperor Palpatine (Ian McDiarmid), who attempts to unite the continually fracturing Star Wars fanbase.

The late Carrie Fisher’s scenes are awkward but inspiring, and the movie needs more Luke Skywalker, of whom writer-director J.J. Abrams does not seem to be the biggest fan, given the amount of screentime he gives Mark Hamill in the two episodes he helmed. Nonetheless, The Rise of Skywalker succeeds as a crowd pleaser that competently ties a narrative, thematic and emotional bow around a 40-year-old pop culture force about which many of us feel way too strongly.

THE GRUDGE (R) The Grudge, from writer-director Nicolas Pesce, is more sequel than reboot—think of it as expanding the Grudge-verse (Ju-On-iverse sounds better, right?). Set in 2004 and 2006 after an unwitting nurse brings Kayako’s curse home with her from Japan, The Grudge is relentless, bleak and ultimately hopeless. The ghosts are not nearly as frightening as how easily this fatal, supernatural diseases spreads. All real estate agent Peter (John Cho), the Mathesons (Lin Shaye and Frankie Faison) or two police detectives (William Sadler and Andrea Riseborough) did was walk inside 44 Reyburn Drive, and the curse is upon them. The curse’s persistence evokes It Follows more than the predecessors helmed by Takashi Shimizu, but Pesce’s movie is too unforgiving and exhausting to be entertaining.

LITTLE WOMEN (PG) Greta Gerwig takes Louisa May Alcott’s timeless classic about the March sisters and updates it for today without doing a single revolutionary thing to its setting, plot, characters, soundtrack, etc. The tale, told by Jo March (Saoirse Ronan), is the same many know by heart. Gerwig the writer amended little, if any, of Alcott’s narrative about growing up as a woman in the mid-1800s. The filmmaker and her cast (Emma Watson, Florence Pugh, Eliza Scanlen, Laura Dern, Timothee Chalamet, Meryl Streep, Chris Cooper and more) convey the timelessness of these themes and sensibilities. Little Women intelligently couches modern gender discussions in an elegantly appointed and shot 19th Century setting. Post-Lady Bird, Gerwig’s writing was widely accepted as her chief strength, but Little Women proves her to be a premier off-screen hyphenate.