Sequels and Satire: Pre-Holiday Offerings on the Big Screen 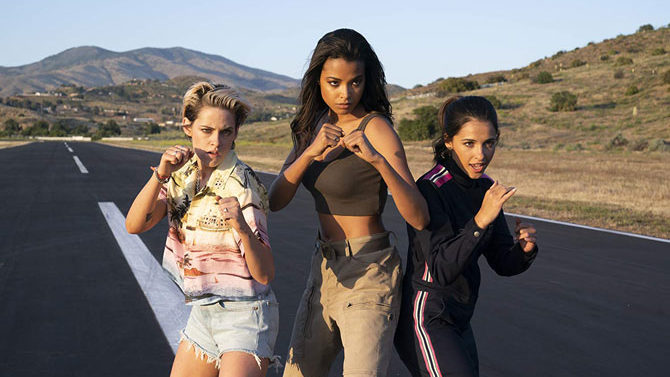 Typically, the big Thanksgiving releases come out the Wednesday before the holiday. Disney is getting a head start on the holiday box office by releasing the highly anticipated sequel Frozen II the preceding Friday. The Mr. Rogers biopic A Beautiful Day in the Neighborhood, starring Tom Hanks as the beloved television personality, and the cop thriller 21 Bridges, from Avengers: Endgame filmmakers Joe and Anthony Russo, are tackling Disney’s behemoth head on.

On Nov. 21, the Georgia Museum of Art screens the BBC documentary The Road to Palmyra. The Unitarian Universalist Fellowship of Athens provides yet another opportunity for locals to watch Athens Rising: The Sicyon Project on Nov. 23. At Beechwood, Flashback Cinema’s holiday offerings continue with Polar Express on Nov. 20 and Harry Potter and the Sorcerer’s Stone, which includes several moments of festive spirit, on Nov. 24. University Union’s final Tate Center movies for the fall semester, Disney’s live-action remake of The Lion King and the exciting Elton John biopic Rocketman, can be seen on Nov. 21 and 23.

So, what new movies are worth seeing?

JOJO RABBIT (PG-13) What a joy Jojo Rabbit is! A comedy about a naïve member of the Hitler Youth whose imaginary friend is none other than the Führer himself could certainly deliver cringeworthy moments where one questions whether one should be laughing. Fortunately, the steady comic hand of Taika Waititi—who no longer seems like New Zealand’s Wes Anderson after turning in an incredible change-of-MCU-pace with Thor: Ragnarok—ensures no such discomfort.

Waititi has adapted the novel by Christine Leunens into what he has called an “anti-hate satire” where Sam Rockwell is a kinder-than-expected Nazi and Scarlett Johansson a revolutionary German mother hiding a Jewish teenager, Elsa (Thomasin McKenzie), in the walls of her home. When Jojo (Roman Griffin Davis), a 10-year-old reared on Nazi propaganda, discovers Elsa, he begins questioning the lies spouted by the silly sort of buddy Hitler (a wonderfully silly Waititi) an enamored kid would fancy. An absurd wartime satire akin to Catch-22 but anachronistically fashioned for our politically polarized times, Jojo Rabbit tells us what happens when too few people question the effect government-sanctioned lies once denigrated as propaganda have on our children.

CHARLIE’S ANGELS (PG-13) After a hit television series, two previous blockbusters and a failed second go at TV, Charlie’s Angels returns thanks to a surprising creative force, writer-director-star Elizabeth Banks. The new movie’s star wattage is considerably lower than McG’s previous two Angels adventures, but moviegoers will be surprised by just how much more charming a star Kristen Stewart is based on their hazy memories of Twilight or even the acclaimed Personal Shopper.

The new Angels opens up the promise of a larger universe where the Townsend Agency tasks multiple Bosleys—a rank, not a name—with the charge of various teams of Angels. If the energetic movie is the hit it should be, Banks and her team of Stewart, Naomi Scott (Aladdin’s Jasmine) and Ella Balinska are sure to return, but the brilliance of this concept opens up the franchise to introduce several new big names in each entry. Putting aside the questionable late-game maneuvers cribbed straight from the playbook of 1996’s Mission: Impossible, Charlie’s Angels shows creaky old IP can still be dusted off and turned into something relatively fresh.

THE GOOD LIAR (R) Most of The Good Liar is the sort of well-layered con one expects from this Patricia Highsmith-type tale. Bill Condon’s direction is stately and unobtrusive, while Ian McKellan and Helen Mirren match each other wit for wit, more for move. Veteran filmgoers will be looking for the con within the various cons, many of which sound too fraudulent to be believed, but the final twist is too far afield for anyone to predict and way more horrible than one would expect. Forgiving filmgoers should still be satisfied by the head-to-head matchup of an even sharper than usual McKellan and a more disarming than ever Mirren.