Clarke County School Lunches Are Free for All Students 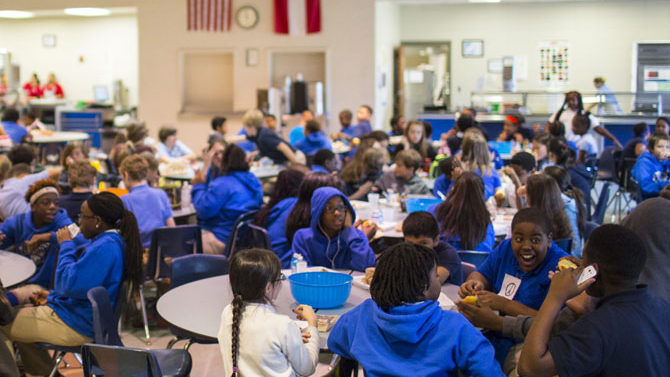 Because Clarke County’s schools meet the U.S. Department of Agriculture’s requirements for high-poverty schools, each school in the district can now provide free breakfast and free lunch to each and every student.

In an effort to cut red tape, the Healthy, Hunger-Free Kids Act of 2010 allows schools with high poverty rates to offer free meals to all students, rather than go through the hassle of processing applications for low-income families’ children to receive free or reduced-price meals. After sitting out the implementation of the expanded Community Eligibility Provision last year, Clarke County schools have adopted it for this school year district-wide, resulting in fewer students going hungry during the school day.

“CEP has had a positive impact on our students,” says Paula Farmer, nutrition director for CCSD. “Early evaluations reveal positive outcomes. Offering breakfast and lunch to all students at no charge has resulted in an increase of breakfast and lunch meal participation. Last year at this time, 73.3 percent of CCSD students ate school lunch, and this year we are feeding 85.6 percent.”

It’s hard to say whether the increase in school lunch participation is due entirely to kids who used to go hungry now being able to access that food, but either way, it’s resulted in more students being fed.

Those who still wish to bring their lunch are more than welcome to pack it up in their lunchbox and carry it to school, but Debbie Mitchell and Hope Zimmerman, the agricultural science and family and consumer science teachers at Clarke Middle School, say they notice fewer students are choosing that option this year and more are eating the school lunch. 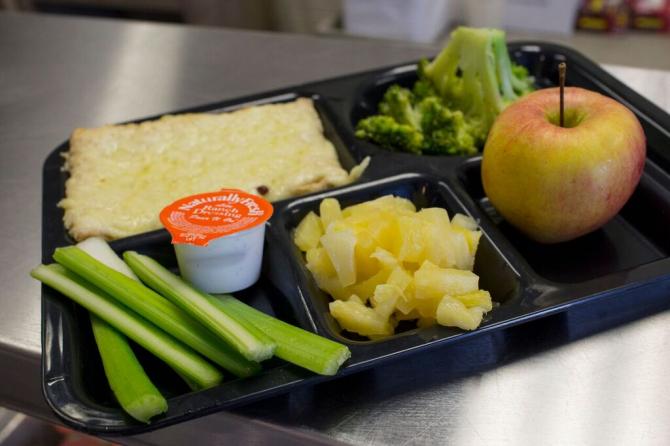 “As a parent, I love the fact that I know if my children forgot their lunch, there’s no problem, they can get lunch, and they’re all very happy about the lunch. It’s not like, ‘Oh man, I’ve got to get school lunch!’ They’re all very glad to get lunch. They even ask, ‘Can we get to school early so we can get breakfast, too?,’” says Mitchell, who is also the parent of a CCSD student. “The reason why we weren’t before, mainly, was because we were just in the habit of making it. We weren’t quite sure—well, I wasn’t ever quite sure—there was ever enough money in the account. So, you didn’t want your child to get there and not have money.”

“Obviously, there are still a lot of kids who aren’t liking what’s put in front of them besides the fried chicken or the potatoes, but, that being said, those kids who did like the quinoa, chicken, corn burrito, you know, that’s something. I didn’t know what quinoa was until I was, what, 30?” says Wick Prichard, an Americorps teacher at Clarke Middle. “The salt’s still an issue, the flavoring is still an issue, so it’s a hard sell sometimes.”

This expanded lunch program is not only affecting what’s happening in the cafeteria, but also directly affects kids in Zimmerman’s classes, as well as some of the after-school programs, where before kids weren’t getting much in the way of a healthy snack.

“Excess food that students don’t want goes in the middle of the table, and then most of it ends up in my classroom, so I’ve been able to cook with a lot of carrots, apples, oranges,” he says. “A lot of the excess food can either be used as a mid-morning [or] mid-afternoon snack for the kids, which is nice, and they’re really eager to eat it, too. Instead of it being thrown away, we’re able to use it in food labs, so it’s impacted my classroom in a really, really great way.” 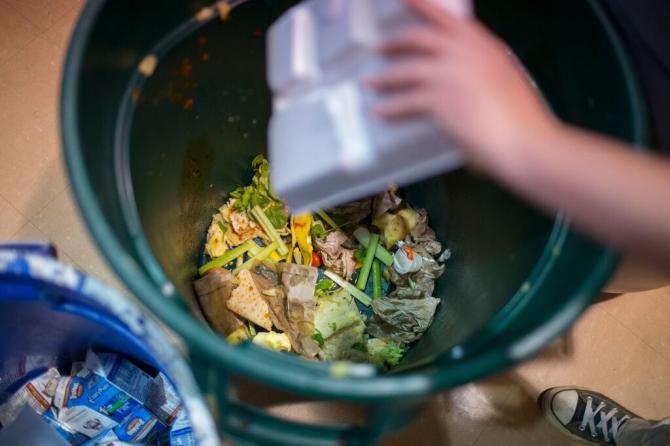 In March, CCSD and their community partners hosted the first-ever School Lunch Challenge. It featured four teams—Heirloom Café, The National, Athens Land Trust and Goodie Two Shoes—who had to come up with a dish that met nutritional standards, could be made on a budget, utilized equipment found in cafeteria kitchens and appealed to kids. The winning meal—a chicken burrito with a side of broccoli and cheddar cheese created by The National—was served at lunch on Nov. 3. Given the success of the event, Farmer and the CCSD nutrition team have elected to make this an annual event, with the second currently being planned for Mar. 19, 2016. Events like this one make school lunch even more fun for students, make the menu more creative and encourage kids to try new things.

“On a local level, on a school level, I think Clarke Middle School has taken a federal policy and made it work better by making it more efficient,” Prichard says. “[Students are] aware of how the system works and how much food waste it generates and how to cut down on that, as far as landfill trash. So, it’s a huge bureaucratic machine that does a lot of good.”