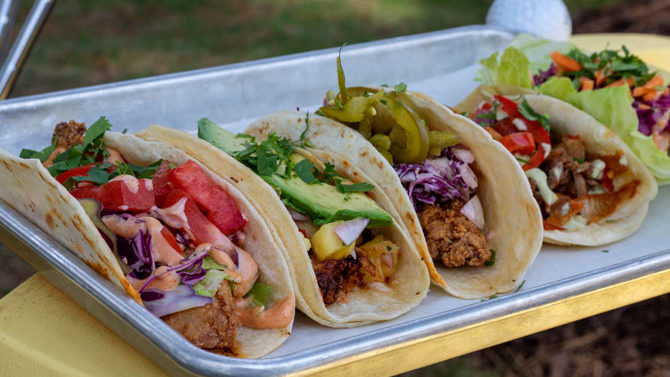 PRACTICALITY: Here is the thing about restaurants that most people don’t talk about: Sometimes—oftentimes, even—whether or not they succeed has very little to do with how good their food is. Even I frequently pick where I’m eating for leisure based on other factors, like consistency, location or price. A choice might be reliant on trying to please a wide group of people with different food preferences or of different ages. Or it might be determined by the fact that a particular place to eat minimizes annoyances.

El Barrio (1331 S. Milledge Ave., 706-850-0708) is an interesting restaurant to consider in this light, because it really does not matter beyond a certain point what is on its menu or how successfully those things are executed. SP2 Hospitality figured out that Five Points didn’t have a Mexican restaurant where one could get a margarita, and then they capitalized on it, smartly. It’s not trying to be “authentic,” whatever that means these days. It’s just trying to provide a place that eases your stressors, with a well-designed drinks program, a place for your kids to stretch their legs and flexible seating options. Most of that seating is outside-ish, either in a covered open-air room that attaches to the bar or on the newly sodded lawn out front. If that reminds you of Taqueria del Sol, you’re not wrong. El Barrio is mining similar territory but adding high chairs and removing the counter service aspect.

The menu mostly focuses on tacos, with the fillings available on flour or corn tortillas—the staff tends to assume you want flour—on lettuce, as a salad bowl, as a rice bowl or as a quesadilla. The lighter the ingredients they envelop, the better the taco, for the most part. The kitchen tends to cram as much as possible into a tortilla, which doesn’t always improve the offerings, and the fried items (chicken, fish) are bland and bulky. On the other hand, there’s usually a vegan offering that’s more successful. Sometimes it’s cauliflower, sometimes it’s eggplant (barbecue-flavored, with shaved cabbage and pepper relish), and sometimes it’s roasted chunks of butternut squash, accented with roasted pepitas. Those can be on the mushy side, but so can the barbacoa, and they’re not short on flavor.

If you eat fish, you should order the shrimp tacos, which have existed both in an East Asianish version (sesame-ginger) and in a more standard version, both of which are pretty good, probably the best tacos on the menu. The texture is firm, the flavor comes through, and there’s a good balance of sauce and fillings. The particular fixings seem to be in flux as the kitchen plays around from week to week.

Among the snacks, the wings are tasty, available in habanero, citrus cilantro or chipotle and served with “Mexican white sauce” that is basically a citrusy mayo/ranch. The cheese dip is as thin as a beverage, and the salsa is unremarkable, but the guacamole is pretty good. If your kids are particular, they may turn up their noses at the chips dusted with chile powder. Sides are small but can add something to your meal, especially the spicy cucumbers, which aren’t short on heat. There’s a kids menu, with $3 quesadillas or tacos, a putt-putt hole out front and nonalcoholic frozen drinks, all of which might keep small people quiet.

The bar, as it always is with SP2, is a real point of emphasis and a strength, with a great range of tequilas and an array of drinks that are both clever and fun. The house margarita is just fine, but the spicy lemonade, a slushie made with a habanero moonshine and a Taijin rim, is incredibly drinkable. El Barrio is open 11 a.m.–10 p.m. Monday through Saturday (until 9 p.m. Sunday) and runs a taco happy hour daily from 3–6 p.m.

DREAMS: Just because I’m critical doesn’t mean I don’t appreciate how incredibly hard it is to open one’s own business. It just means my responsibility is to readers. It probably took two years for Beau Shell, the not-so-lil’-anymore ice cream dude, to open his brick-and-mortar location, Cool World (1040 Gaines School Road, 706-308-8885) in the Ansonborough development. But it’s open, and it has the same sweet, individual, family-forward approach as his mobile business, just with a wider variety of choices. You can get the same wide array of popsicles, but here you can also get scooped ice cream, in a cup or a cone, in a whole bunch of flavors. You might miss the sign on the wall about ice cream sandwiches, but those are particularly tasty, assembled ahead of time between two big cookies.

What else? Shakes, malts, floats, Italian ice, vintage-type candy (eventually). There’s ice-cream-themed stuff everywhere. It feels like a store designed by a kid in the best way possible, like a dream of a business made reality. The prices are good, and the atmosphere is warm and welcoming. It’s open 12–8 p.m. Monday through Thursday, 12–9 p.m. Friday and Saturday and 1–7 p.m. Sunday.