Summer Restaurant Roundup: What You Missed in Local Food News 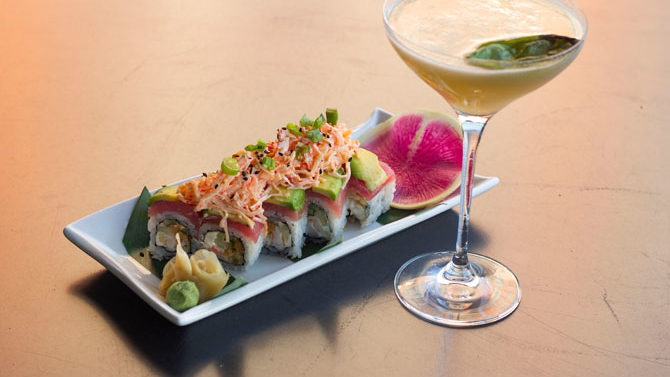 Summer is over, and parking is once again in short supply. Milledge Avenue has been crowded with cruisers ogling sorority hopefuls, and UGA is wrapping up its summer construction projects. It’s about to be real busy once again, including at many of your favorite restaurants. Luckily, there are some new places that might not be quite as crowded yet. Here’s what changed over the summer, and remember to pick up a Flagpole Guide to Athens for the only comprehensive guide to the food scene in town.

At the beginning of May, Chuck’s Fish, a shmancy small chain out of Alabama, opened in the renovated bus station downtown. If that sounds déclassé, you’re in for a surprise. Expect to drop a chunk of change and reserve this place for date night. The same week, Farm Cart started cooking out of its brick-and-mortar space on Baxter Street, in the building that was previously The Sultan. Don’t worry, the food truck is still at Athens Farmers Market, but if you want beer and wine or more variety, you should definitely stop by this farm-first place that makes large, lovely biscuits packed with quality ingredients. El Barrio, in Five Points, also did a soft open in early May, with a menu that mostly focuses on tacos and tequila, and a seating arrangement that’s largely outdoors. The lawn is intensely green, and the atmosphere is pleasant. Pelican’s Snoballs, on Baxter (at Church), is a chain that does shave ice with a gazillionty billion flavors of syrup, plus add-ons like sour spray and gummy bears. The plan is for its hours to be seasonal, so go while it’s still hot.

Doughby’s Pizza took over the former Chicken Express in Watkinsville, with a big menu that’s more than just pizza, and Lickin’ Chicken, a small chain, moved into what had been a Church’s on Oak Street. Fully Loaded Pizza opened its second location—the original is in Watkinsville—in Five Points, in the former Waffle House. The much-anticipated Lil’ Ice Cream Dude’s Cool World opened in June on the Eastside, in the Ansonborough mixed-use development. The dude himself is not so lil’ at all anymore, but the business is as delightful as ever, with his family lending a hand, scooped ice cream in many flavors, ice cream sandwiches, the popsicles you’re used to from his truck and more.

At the end of June, Square One Fish Co., which used to operate in downtown Athens before selling its plot of land to build the hotel next to the Classic Center, opened in its second incarnation, in Normaltown. Look for the giant octopus. Menus seem to vary daily, depending on what seafood is fresh. In July, Uncle Ernie’s Pub and Grub opened downtown on Washington, next to Max. Really. Ernie Battinelli, who has owned many a sandwich shop in town, is helping his son follow the same business model, with big sandwiches, lots of veggie options and, in this version, a full bar. The Carriage House of Athens, a second location for the buffet-based restaurant in Jefferson, opened in the former Sonny’s/Malinda’s on Atlanta Highway, near the mall. Kajun Seafood and Wings opened next to Athens Health and Fitness, also on Atlanta Highway but closer to the middle of town, offering crab legs, lobster, shrimp and suchlike. Simply B’LiciouS Cakes, Cupcakes and More started doing business in Winterville, by Wok Star, with custom cakes and more.

Eden’s Cafe, a vegan grab-and-go eatery, just opened last week at Broad and Hancock, in the itty-bitty building that was most recently The Fish Shack. And by the time this runs, Stuffed, a new eatery at the J&J Flea Market, will be open, with pizza et al.

Restaurants that closed over the summer included the Your Pie locations on the Eastside and in Five Points—others remain open—and the last branch of Mirko Pasta anywhere near us, in Watkinsville. Also, I am tremendously sad to report that the Manila Express food truck is on hiatus, while its sweet owners take some time to enjoy life rather than working themselves to death to make delicious food for us. They’re leaving the door open for further adventures with Filipino food, however. Cross your fingers for a brick-and-mortar location sometime down the line.

In other food truck news, Holy Crepe is no longer doing regular hours in the parking lot at Boulevard and Park but is still doing plenty of events, including its regular Saturday a.m. gig at Athens Farmers Market. The Culinary Kitchen of Athens Tuesday evening (4–7 p.m.) showcase outside City Hall has continued strong, with a wide variety of food vendors, including VTasteCakes’ excellent vegan cupcakes.

On campus, the cafe at the Georgia Museum of Art, which was run by the Georgia Center, closed over the summer, but is being replaced with some grab-and-go options run through the Museum Shop. Aderhold Hall’s eatery is no longer manned but still has sandwiches, snacks and drinks. The Tate Center has a new option called Athena Mediterranean Kitchen, with souvlaki, Taza falafel, spanakopita and so on, and a Sambazon doing açai bowls.