The Varsity in Athens Is Officially Closed 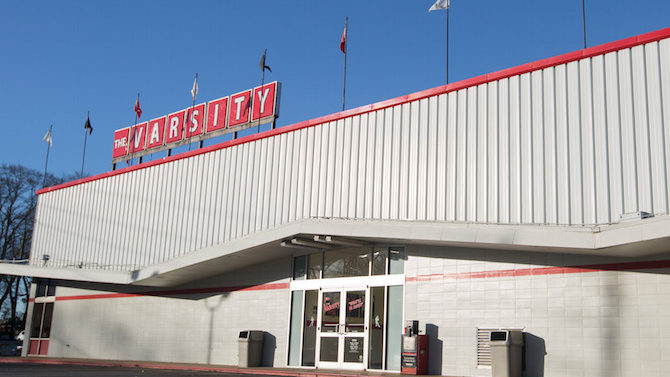 Hope everyone had a chance to get their last chili dog, rings and a frosted orange, because the Athens location of The Varsity quietly shut its doors on Sunday.

The company announced the closure on social media Monday, and also said it plans to open a new location in the Athens area:

The Varsity has been in Athens since 1932, first on College Avenue downtown where Chick-Fil-A is now, then at the corner of Broad Street and Milledge Avenue. In addition to being a favorite among locals and visiting football fans alike, the Milledge location was the site of civil rights demonstrations in the early 1960s.

In early May, The Varsity applied for a demolition permit—a move that’s been expected for several years. The fast-food chain’s owners, the Gordy family, started buying up surrounding properties in 2017 in preparation for redevelopment.

In response, Athens-Clarke County Commissioner Melissa Link and others pushed through a zoning overlay district and cut a deal with the Gordys to save four historic houses nearby. The overlay district restricts building heights and includes measures meant to discourage student housing.

No development plans have been submitted, but according to Link, the Gordys plan to sell the property to Atlanta-based Fuqua Development for a mixed-use project that will include a grocery store.