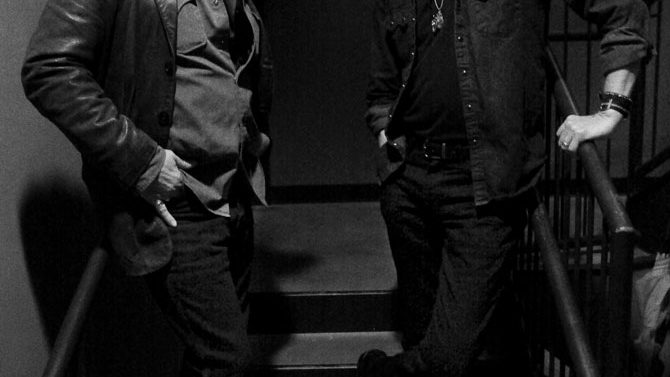 Songwriters Dave Alvin and Jimmie Dale Gilmore made their names in vastly different corners of the Americana realm. With his band The Blasters, Alvin put a rootsy spin on California’s emergent punk craze in the late 1970s. A Texas treasure, Gilmore—also an occasional actor known for his role in The Big Lebowski, among other appearances—is known for his cosmic-cowboy take on honky tonk, with albums like 1991’s After Awhile all but predicting the decade’s alt-country boom. Last year, the two friends released a collaborative covers LP, Downey to Lubbock, and now they are joining together “to hit the highway to swap songs, tell stories and share their life experiences.”