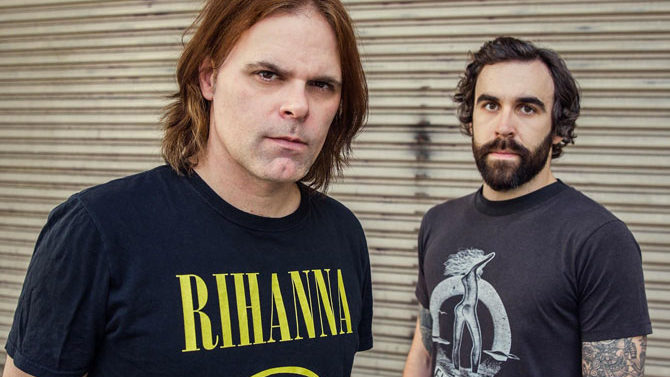 The name Local H should ring a bell if you came of listening age in the Clinton era—the group’s most well-known single, the crisp, catchy “Bound for the Floor,” became an alt-rock radio staple after it was released in 1996. Unlike many one-hit wonders who spend their career trying to replicate early successes, the Chicago duo has soldiered on in DIY fashion, releasing a steady stream of full-lengths and maintaining a grueling tour schedule, earning it a modest but fiercely devoted fanbase. Its latest album, Hey, Killer, released in 2015, finds frontman Scott Lucas and new-ish drummer Ryan Harding in top rock and roll form. Locals Shehehe open Monday’s 40 Watt show.