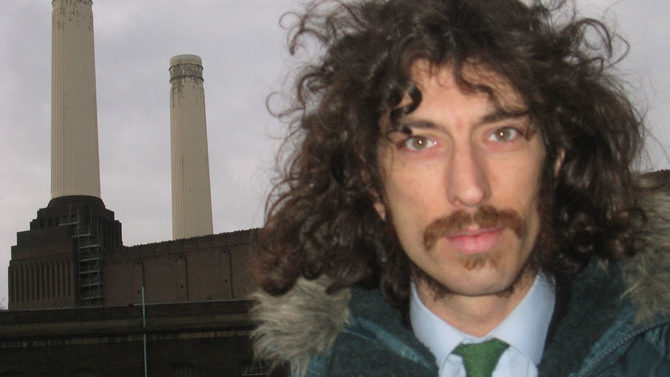 Billing themselves as “the world’s most local band since 1995,” the eternally cheeky garage-rock two-piece Swearing at Motorists came up alongside fellow lo-fi Ohioans Guided By Voices in the fertile indie scene of the early ‘90s. Irrepressible frontman Dave Doughman is renowned for his onstage antics; the duo’s live show remains something to behold. Now based in Hamburg, Germany, Swearing at Motorists celebrates 20 years of rock and roll mayhem with a reissue of its debut self-titled cassette, out now on A Recordings Ltd, and a U.S. tour in support of last year’s surprisingly fresh-sounding full-length, While Laughing, The Joker Tells The Truth.