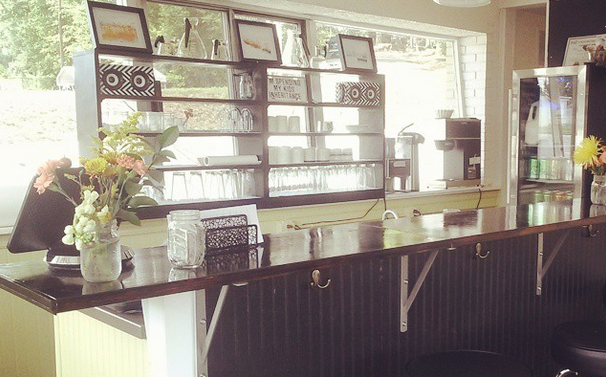 After my spending the last few months driving slowly past the cute building on Broad where Lenny Miller and Ella Sternberg announced they were shooting to open Preserve in June, it seems the itty-bitty restaurant is finally open for reals, as of two days ago. A brand-new Facebook page lists the hours as 10 a.m.–8 p.m. today (and, indeed, every day but Tuesday), and an Instagram account has pictures of food and a little bit of the menu. Things look tasty.

The Pine, in Five Points, also eagerly awaited, will be doing bidness for real as of tomorrow.

Achim Reus, the French horn player who founded Achim’s K-Bob, which became Keba, has a brand-new restaurant project. Freshtopia Neighborhood Bistro, opening this Friday, Sept. 19, will occupy the space in the Ansonborough development on Gaines School Road on the Eastside that housed Mirko Pasta until recently. Head chef Anthony Harris seems to have had a largely corporate/private club career, but this is no inexperienced team.

The Freshtopia menu (both lunch and dinner) is not super adventurous, but it has many vegetarian and gluten-free choices, as well as some vegan dishes. Here are some of the things you can expect to eat: black-eyed pea hummus; carrot and ginger soup; heirloom tomato and watermelon salad; sandwiches and flatbreads; Cajun nachos; kalamata-crusted tofu served with quinoa; angelhair pasta with a melon sauce; and something called “banana procession.”

Kumquat Mae, the bakery that does sandwiches and such just down the block from downtown Watkinsville, has announced its move to Mitchell Bridge Road, into the Arbor (the big blue and green building that has killed many a restaurant). This weekend was its last in operation in Oconee County, and its Facebook page theorizes a November reopening in Clarke.

The space downtown at 259 E. Broad St. that was Little Bull will soon be an Einstein Bros. Bagels, with, uh, pumpkin bagels and whatnot. We’ll be taking bets on whether juicing or bagels is a bigger trend, but the return of carbs is still a happy development.

Athens Power Rankings for the Week of Sept. 15