Who the Hell Are These Bands? Reptar, Grape Soda, New Madrid and More

Honestly, I wasn’t at all prepared for my first day at Athfest. I finally managed to get furniture in my apartment after three weeks of spending all my time on an inflatable (but rapidly deflating) couch-bed. And, after moving it, I just wanted to finish up season six of “Lost” for the third time and hit rocks with a shovel in Animal Crossing. But, I didn’t want to be a party pooper, so I trekked over to the festival area, thankfully smelling better than I did the previous night, and I ended up having an awesome time, despite coming home sore and exhausted.

A drumline, torches, smoke and a bunch of humanoids introduced my first-ever AthFest experience, and I was digging it hard. But, wait! Those weren’t humanoids at all; they were just some cute Athens boys in masks—cute Athens boys in masks who know how to make some rad music. Folksy harmonies fused with power-pop tendencies clearly appealed to an excited crowd whose love for the band opened and closed their mouths at frequent, random intervals in attempts to sing along, despite the clear fact that most of them didn’t actually know the lyrics.

So, I may or may not have gotten Twin Tigers confused with Miniature Tigers, with my expectations heightened further due to my positive associations with Tim and Eric’s “Tiny Tigers” sketch. Despite Twin Tigers not being “miniature” or “tiny,” I was still one happy camper with some high quality, space-y pop a la Cold Cave. Plus, every time that guitar went into hyper-compressed overdrive during a breakdown, I metaphysically peed my pants. 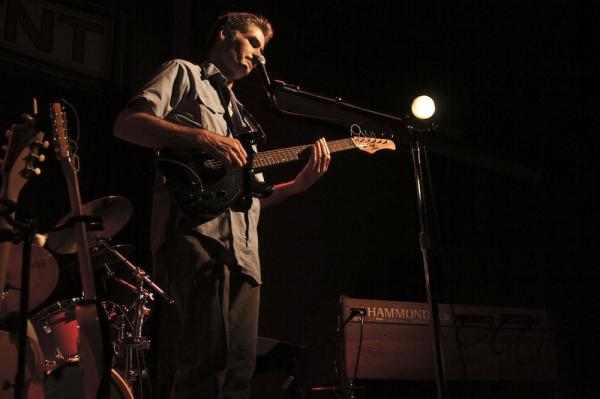 As I ventured further and further from the festival area toward the Melting Point, my mind raced to thoughts of, “Jesus, my editor is sending me into a trap; he wants me dead. There can’t be a venue all the way out here.” But, eventually I strolled into the venue in the middle of a slide guitar solo, finally introducing me to the world of Southern country (Giddyup!). Though, this wasn’t your average country; Jim White brings more of an alt-country vibe: A blaspheming, lyrical genius-cowboy whose delivery and witticisms could probably beat the shit out 2 Chainz in a rap battle. Oh, and I found all of the drunk moms I couldn’t find before. 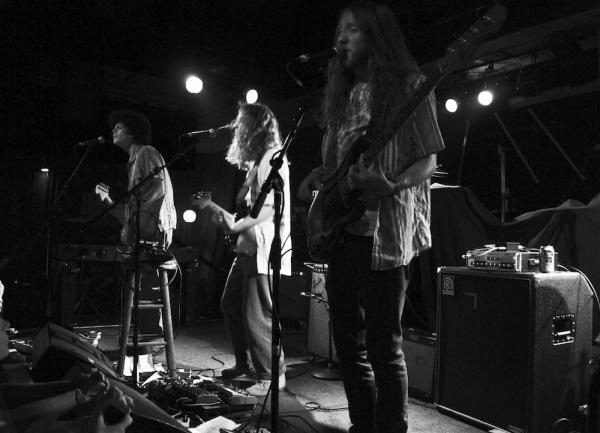 In the 30 minutes it took the band to start its set, hoards upon hoards of antsy, drunk folk filled the 40 Watt’s depths as a bathrobe-clad man shouted that he was “tripping balls (or something of the sort).” After New Madrid claimed its spot as Athens’ Adele at the Flagpole Music Awards, it was clear that this crowd was thirsty for the blood and bones of good music. Eventually, New Madrid made its way onstage and started a goddamn dance party. I’m not talking about your run-of-the-mill head-bobbing of your average indie pop show; the room went nuts, and for good reasons. 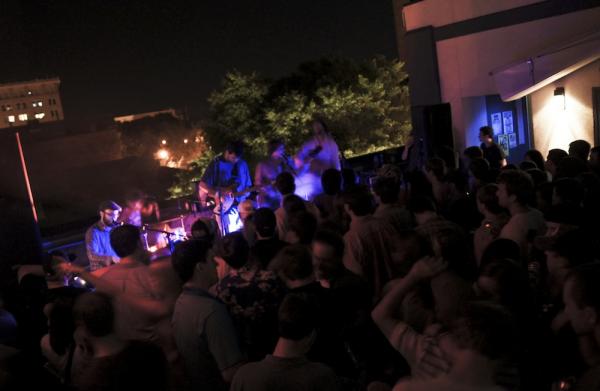 Apparently, capacity laws don’t apply to rooftops, which makes for some seriously goofy maneuvering, especially when 90 percent of those people are drunker than your average hootenanny attendee. And, this was, in fact, a hootenanny. A bunch of cool dudes started singing pop anthems about Johnny Tsunami being dead (or something like that), to which everyone sang every lyric, and I realized that this was exactly the kind of band perfect for drunk people on a roof-bar. 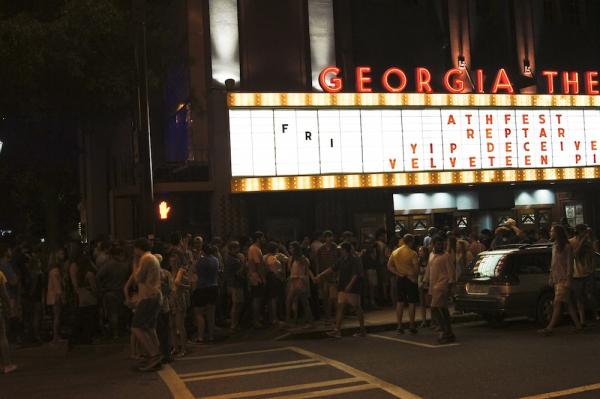 There was no fucking way I was going to come close to reaching the front of that line. I interviewed them once a couple summers ago at Lollapalooza, though. It ended up being a 20-minute conversation about some ancient sea creature that my editor wouldn’t publish. 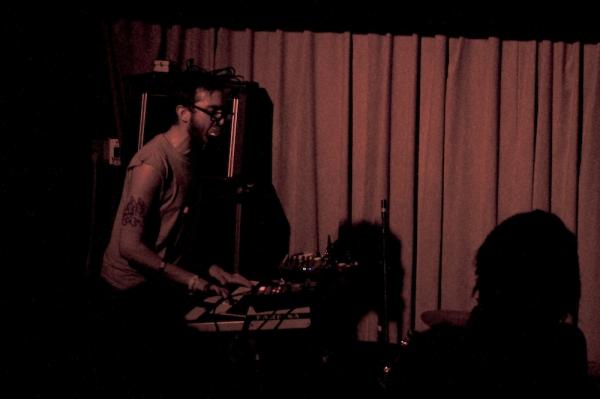 Probably my favorite set of the day, Grape Soda is everything a guy could want from a fun-loving synth-y pop duo. If I recall, these dudes are responsible for the spooky ghost deer haunting Athens I can’t get out of my nightmares. But, now that I’ve boogied down to the keyboard-driven antics of one of my new favorite Athens bands, perhaps the nightmares will stop and the dreams will start.