Who the Hell Are These Bands? Flagpole Athens Music Awards 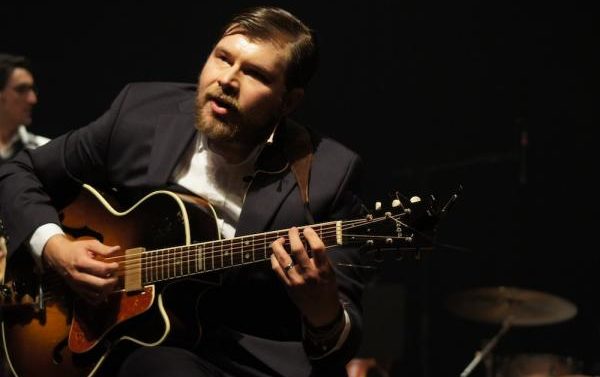 So, I decided to go to this Music Awards show hosted by Flagpole last night because, in the three weeks since I moved to town from Champaign-Urbana, IL, I’ve invested more time in walking around my Animal Crossing town than I have out in Athens. This could be due to the overwhelming number of events going on every single night; there are just too many options. So, instead of stressing over what I should do each night, I spend hours on my 3DS catching the same rare beetles over and over again so that I can be the richest man in the virtual town of GoofsRUs.

My half-dozen acquaintances in Athens all told me that Flagpole’s Music Awards is one of the best ways to learn about the city and its music scene, and thus figure out what to do each night. So, I thought, “What the heck,” and I grabbed my bike, trekked downtown and learned the following generalizations about the Classic City.

Don’t try to bike to downtown going West via Oconee/Broad Street before an event. The result is sweat, tears and an unwavering sense that everyone in the venue can smell you and will never, ever want to talk to you again.

Athens is really fucking odd. It almost seems cliché at this point for residents to tell me, “Oh, man. You’re new? You better prepare yourself for some weird stuff.” And, I always think, “Every city thinks its quirks are more ridiculous than the next. I have a pair of white, corduroy bellbottoms; I’ll be fine.” But, after an awards ceremony opens up with a post-folksy band playing to a modern dance performance reminiscent of the climax to Buffy the Vampire Slayer’s “Once More, With Feeling,” I have to give Athens the benefit of the doubt. The opening act (Brett Vaughn’s The Miracle of Human Flight) was awesome, but holy shit, I wasn’t prepared for it.

Every band has more members than your average preschool class. Well, that might just have been the case for last night. But, it’s pretty rad to move to a city where every single person plays a freaking instrument. Also, I noticed that everyone on stage had really powerful calves, probably because Georgia isn’t a giant, flat prairie like Illinois. I hope one day I’ll be able to build powerful calves and play music with a bazillion other people.

Athens loves funny videos and may be haunted by a ghost-deer. After viewing several music videos and animated recounts of a band’s tour stories, I can only conclude that Athens was probably a key force in the success of early meme sites like YTMND.com and Ebaums World in the early aughts (this based merely on conjecture).

Athens has its own category of jokes. A goofy 30-year old bearded MC told several jokes, the majority of which people laughed at: Things about being townies, various references to people and places I don’t know. I tried to laugh when other people did, and I think I blended in pretty well.

Athens has an incredible and diverse music scene. As someone who has spent the majority of his 22 years in the Midwest, my knowledge of Athens’ music scene was, of course, limited mostly to the Elephant 6 Collective and random spurts of national acclaim from bands like Reptar. I assumed that the city was mostly a hub for slightly off-beat “indie rock,” and I was skeptical when I heard there was an entire music awards show for once city’s musiculture. But, I saw: