Comedian, Actor and Musician Creed Bratton Speaks Ahead of May 8 Foundry Show 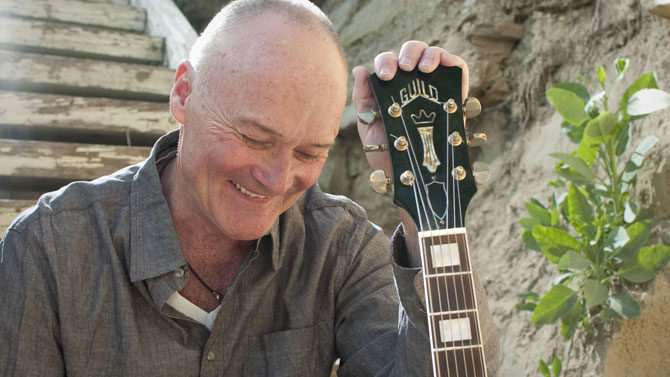 
Best known for playing an exaggerated version of himself on NBC’s “The Office,” Creed Bratton has a storied history as an American icon. In the late 1960s, Bratton was recruited to be the lead singer and guitarist in folk-rock group The Grass Roots. During his brief time with the band, it released its most enduring single, “Let’s Live for Today.” Years later, he began a new career as an actor, taking bit parts in a slew of TV shows and movies before landing the “Office” role and becoming one of the show’s most popular figures. Bratton has also released music under his own name since the early 2000s. His current tour is a unique mix of comedy and music that aims to please fans from every generation.

Ahead of his show at The Foundry Monday, May 8, Flagpole picked Bratton’s brain on his unique dual career, the current state of his live show and what he thinks the future may hold. (Warning: Some his answers may or may not be facetious.)

On what to expect from his performance: “Well, I think a lot of people are gonna come in expecting to see Creed from ‘The Office,’ but that’s really not the case—there is really nothing funny about what I do. They may laugh at my attempts to be funny, but you know I’m just an actor. My act is kind of like if Stephen Wright wasn’t funny and was just a dry storyteller.”

On reviews: “I just got reviewed the other night, and I wanna read you some quotes. ‘Tonight Creed played the hits from his long-forgotten catalog. This almost adequate show gave phoning it in a new meaning. He set the bar just high enough with a lot of inside jokes that no one got. Then, throughout the evening, he always seemed pleased with himself for no apparent reason. You’ll leave the show like me—confused and unfulfilled.’ See, now this guy gets me. That’s what the show is all about. Lately I’ve worked a an accordion/bagpipe contraption into my show. One guy complained about it—he said it sounds, ‘Well… long sigh.’ He actually wrote out ‘long sigh.’ Can you believe that?”

On what it’s like to be both a part of an iconic band and an iconic television show: “I think it’s important to never look too much at the future or to dwell too much on the past. Live in the moment, do what you do, then whatever happens to you is a big surprise. I don’t want to know what’s gonna happen—life is too fucking exciting for that.”

On his future projects: “I’ve been working on getting my songs to appear in films, whether I’m acting in them or not. I am aiming for the trifecta. I’ve gotten to be a rock star, a TV star, and now I think it’s time to do something in film. Then again, like I said, I don’t really know or wanna know what the future has in store for me.”

On if he feels more of a kinship with music or acting/comedy: “I’ve always been naturally funny. Mostly just out of a survival instinct. Most people who are funny have been through some sort of traumatic experiences, and I’m no different. But I think no matter if you’re acting or playing music, you are on a stage telling stories. If you’re saying lines to a camera or singing to a live audience, you’re still conveying emotion to an audience. I really don’t think of them as different from one another. It’s about making people care.”

On getting older: “I’m kind of a late bloomer. The songs I write are getting really interesting now. If I have any one worry, it’s that as my songwriting—in my opinion—gets better, when will my physical gifts diminish? How long will I be able to do this? I’m hoping I can do it for as long as possible.”

Athens Celebrates the Day of Jubilee, When Local Slaves Were Freed