Q&A With Comedian Jim Breuer, Playing The Foundry May 2 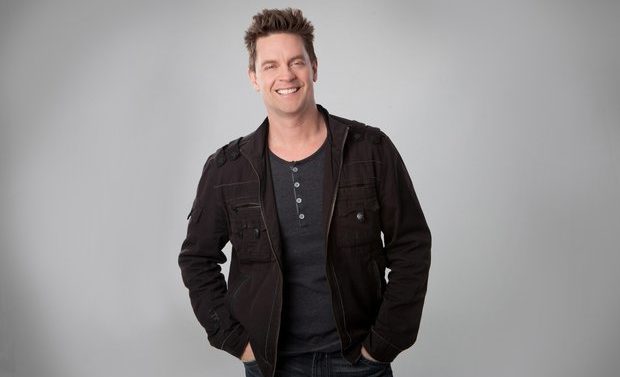 Comedian Jim Breuer has been active for nearly three decades, and shows no signs of slowing down. Anyone raised on copious amounts of Comedy Central will know Breuer for his late-’90s run on “Saturday Night Live,” as well as his role in the cult-classic stoner film Half Baked.

Breuer’s most potent material, however, is his unique stand-up comedy. Mixing his love of heavy metal with his penchant for storytelling, Breuer’s family-friendly (but not Disney-fied, he stresses) TV specials and albums have become a staple for stand-up lovers worldwide.

Breuer’s also a musician who fulfilled a lifelong dream when he released his metal album Songs From the Garage on Metal Blade Records early last year. Ahead of his appearance at The Foundry on Tuesday, May 2, we talked to Breuer about his career highlights, meeting his heroes and how he has managed to stay so consistent for such a long time.

Flagpole: Your career is intrinsically tied to music—metal, in particular. Why do you think that connection is so strong?

JB: Growing up, comedy and metal were my two greatest passions. I wanted to be the frontman of a hard-rock metal band and a comedian at the same time. I wanted to be the first rock and roll comedian. You could argue that Steve Martin kind of already filled that role, and then of course when I was first starting out Sam Kinison hit big, and I was so envious. When I toured from 1999 to around 2004, I brought a band with me, and I mixed music with the stand-up. I used that to sort of score my storytelling—I would give stories hooks and chants like they were songs. Both of those things have always just been a huge part of who I am.

FP: Last year, you got to work with some personal heroes of yours. You recorded some songs with Brian Johnson for your album, and you performed with Rob Halford on The Comedy Jam. What was that like?

JB: To me, those two are the biggest rock legends I can think of. The moment I saw Brian recording, he was just sitting with a handheld mic listening to speakers instead of in a booth. He only did a couple takes for my album, and he was dancing around the room—it blew my mind. Halford is a totally different dude. He’s totally mellow off-stage and talks very quietly. Then he puts his Judas Priest outfit on and he just goes into character. I grew up in the ’80s worshipping Priest, so when he came out for our performance together wearing that classic ’80s outfit, I was really giddy when I saw that.

FP: You’ve been in comedy for 20-plus years now. Has your material or style changed at all over the past few decades?

JB: I think I try to follow in the footsteps of George Carlin and Richard Pryor. They always talked about where they were at in life. I don’t think my stand-up has changed much. I’m not a clever comedian—I’m a street-corner storyteller. That’s how I started, and that’s how I’m always gonna be.

FP: Do you have a time in your career or a specific role that you consider the most rewarding?

JB: The documentary I did with my father and my book. I think those two probably stand out among everything else. I try to never look back—to me, the biggest thing is always on the way. For me, it’s about personal satisfaction. Would I like to be a bigger movie or TV star? Sure. But when I sit down and think about it… I got a character on SNL that people loved, I got a role in a cult movie that people still watch today, I got to work with Pesci and De Niro, I hosted Metallica’s 30th anniversary. It’s like I’m the Forrest Gump of comedians. I feel like I’ve done almost everything I’ve wanted do.

Flagpole Premieres: Nihilist Cheerleader, ‘And She Takes It’