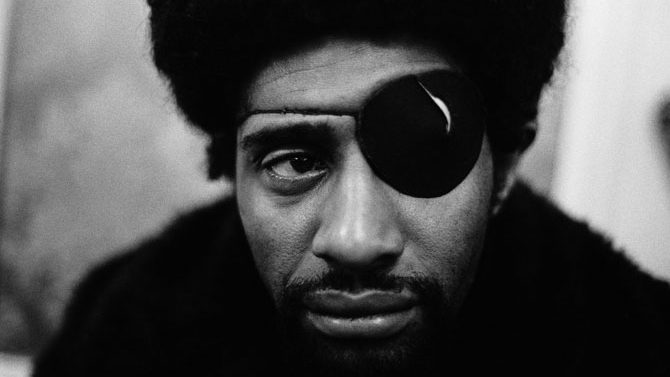 UGA’s Spotlight on the Arts Festival features dozens of performances, lectures, screenings and much more happening on and off campus Nov. 7–15. View the full schedule here. Below are Flagpole‘s picks for five of the most exciting Spotlight events.

Celebrating the 200th anniversary of Jane Austen’s classic rom-com, University Theatre presents a stage version adapted by Joseph Hanreddy and J.R. Sullivan, under the direction of George Contini. Austen’s timeless tale has resonated strongly throughout the decades for its insight into the misconceptions and missteps surrounding romance and the complicated etiquette of dating. Set in England at the turn of the 19th century, Pride and Prejudice follows the matrimonial matchmaking of five sisters, focusing on the passion and perils of courtship between witty, spirited Elizabeth Bennet and wealthy, arrogant Mr. Darcy. Over the course of a year as guards are gradually let down, Darcy’s “pride” and Elizabeth’s “prejudice” are reconsidered, ultimately proving that first impressions can be wrong. [Jessica Smith]

R&B pianist James Booker was a true character, even in a city full of them. Described by Dr. John as “the best black, gay, one-eyed junkie piano genius New Orleans has ever produced,” Booker’s hard living eventually caught up with him in 1983, when he died of renal failure while awaiting treatment in a Crescent City emergency room. Prior to his demise, he appeared on high-profile records by The Doobie Brothers and Ringo Star, among others. But he also quietly cranked out a litany of virtuosic, emotionally rich material on his own. A new documentary, Bayou Maharajah—directed by UGA grad Lily Keber and produced in part by Grady College professor Nate Kohn—examines Booker’s brilliant, troubled life through unearthed concert footage, rare photos and exclusive interviews. A Q&A with Keber and Kohn will follow the screening. [Gabe Vodicka]

The UGA Music Business Certificate Program teams up with the Willson Center’s Athens Music Project ethnomusicological research cluster for a conversation about the role music production plays in communities—particularly in our community. Guests at the roundtable, which will be moderated by local producer and MBUS head David Barbe, include MBUS prof Tom Lewis, as well as record engineers Paul Reeves and Trina Shoemaker, who has worked on albums by Sheryl Crow, Emmylou Harris and Queens of the Stone Age. Expect discussion to range far beyond the independent rock scene that put Athens on the map; the AMP in particular aims to explore and support the city’s diverse and complex musical infrastructure. [Gabe Vodicka]

The UGA Opera Theatre, under the direction of Frederick Burchinal, and the UGA Symphony Orchestra, conducted by Mark Cedel, will join forces in bringing French composer Georges Bizet’s four-act opera, Carmen, to life as part of the Hugh Hodgson School of Music’s ongoing 2nd Thursday Concert Series. The opera follows the downfall of Don José, a soldier who is seduced away from his childhood sweetheart by an alluring yet manipulative gypsy named Carmen. After running away with her to a mountain hideout on a smuggling expedition, José soon learns that Carmen’s heart has moved on to toreador Escamillo, and he stabs her in a fit of jealous rage. A public dress rehearsal costing $5 will be held the evening before on Wednesday, Nov. 13, at 8 p.m. [Jessica Smith]

Screen and stage legend Hal Holbrook continues to perform his canonical one-man show nearly 60 years after its first showing and eight years into his ninth decade on Earth, but recent reviews suggest he hasn’t lost a step. Holbrook’s act, which has been described as “one of the most acclaimed and enduring performances in the history of American theater,” has spawned countless imitators—Val Kilmer is the latest and weirdest, but really, how many Mark Twain impersonators have you seen in your life? Too damn few, that’s how many—but as they say, ain’t nothing like the real thing. Chuckle as the actor-cum-author tells tales of life on and off the Mississippi, and marvel at how prescient and universal Twain’s message remains. [Gabe Vodicka]