The Georgia Museum of Art has yet another wave of diverse exhibitions opening this season, ranging from road-trip snapshots to brass-band memorabilia to historical samurai artifacts. The first opportunity to see all three in the same visit is 90 Carlton: Autumn, the museum’s quarterly reception slated for Friday, Oct. 23 from 6–9 p.m. Free for Friends of the Georgia Museum of Art members or $5 otherwise, the evening includes gallery activities, door prizes, refreshments from Epting Events and remarks from the Consul General of Japan in Atlanta, Kazuo Sunaga.

RAYMOND SMITH: In the summer of 1974, Raymond Smith packed up his Volkswagen Beetle with his Rolleiflex and Minolta cameras in tow, and set out for a three-month, cross-country road trip to capture the American experience through his lens. Charting a route from New Haven, CT, through the South and across the Midwest to California, his journey was ultimately cut short when his VW died in Kansas City, but not before he managed to collect 750 exposures.

Organized by the Montgomery Museum of Fine Arts, “In Time We Shall Know Ourselves: Photography by Raymond Smith” includes 52 black-and-white images depicting some of the most striking people and places the artist encountered as he traveled far and wide. Concentrated mainly in the South, the exhibition presents intimate shots of seemingly ordinary individuals in the middle of their everyday lives. Candidly straightforward yet elegant in their composition, the photographs raise considerations about community, personal identity, race and poverty.

Smith’s documentary photography falls within a tradition of magnifying the power of the vernacular landscape, establishing a sense of place through each image’s setting. His approach to finding and framing human subjects is stylistically similar to those of two of his most significant influences: Walker Evans, who was his photography teacher at Yale University, and Robert Frank, whose photography book The Americans paints a portrait of post-war society.

On Wednesday, Oct. 28 at 2 p.m., in-house curator Annelies Mondi will lead a Tour at Two of the exhibition. On Thursday, Nov. 19 at 5:30 p.m., Smith will reflect on a print through his lecture “Report from Infinity: Rural Highway, Southern Georgia, After Rainstorm.” Curator of Education Carissa DiCindio will lead an Artful Conversation on Wednesday, Dec. 16 at 2 p.m. 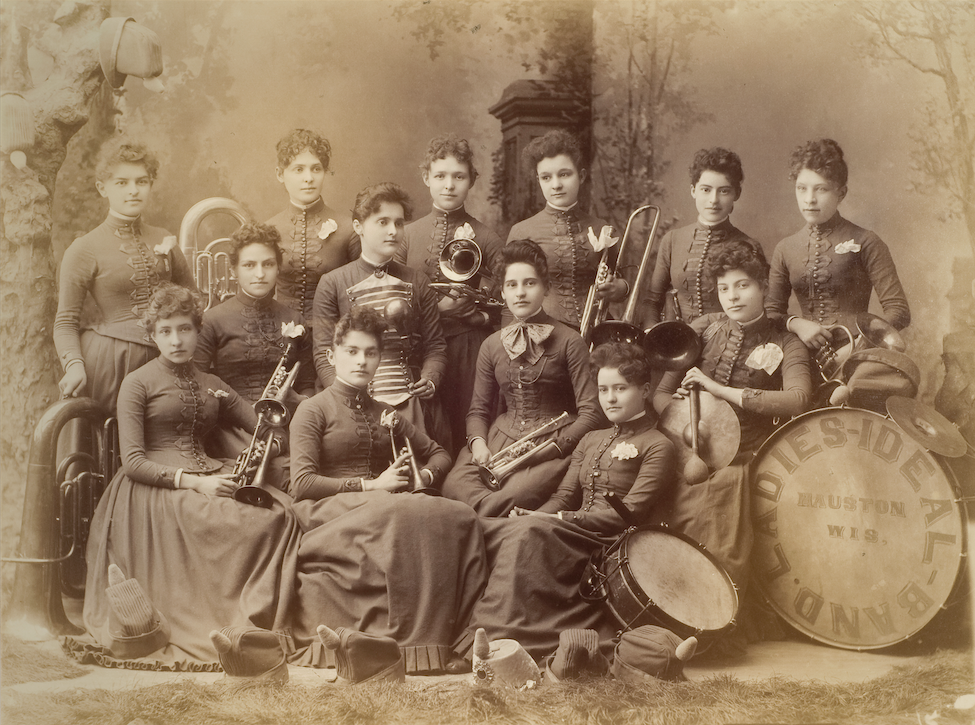 BEFORE THE MARCH KING: Pulling from the collection of George Foreman, director of UGA’s Performing Arts Center, “Before the March King: 19th-Century American Bands” traces the evolution of early American concert bands through illustrated sheet music, photographs, portraits of decorated bandmasters, vintage instruments and other memorabilia. Though John Philip Sousa, whose nickname “the March King” inspired the exhibition’s title, is one of the most recognizable names to stand the test of time, he had many predecessors—most notably, Patrick S. Gilmore—and followers who were just as essential to the history of American band music.

Following the Civil War, these bands provided one of the most popular forms of entertainment, made evident by the 100,000-capacity venue erected for the World Peace Jubilee and International Musical Festival of 1872. Essentially every major town had its own amateur band, creating healthy industries to support instrument and uniform production along the way. From the portrait of the poised musicians of the Ladies Ideal Band of Mauston, WI, to the impish players in The Evening Press Newsboy Band of Grand Rapids, MI, the exhibition reflects how music permeated the lives of people from very diverse backgrounds. 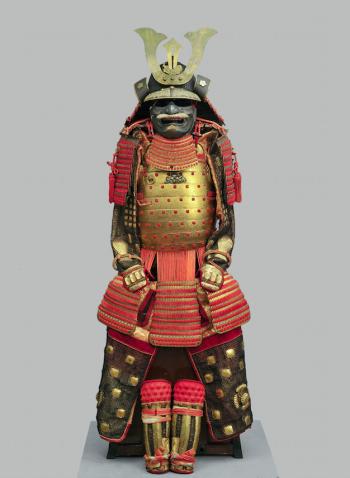 “Samurai: The Way of the Warrior”

WAY OF THE WARRIOR: For roughly seven centuries, samurai served to protect the families of wealthy landowners and were highly involved in the Japanese government as military nobility guided by “Bushido,” a traditional code of honor, discipline and morality. Organized by Contemporanea Progetti in collaboration with the Stibbert Museum in Florence, Italy, “Samurai: The Way of the Warrior” features around 100 objects illustrating the lives of these legendary warriors.

Several full suits of armor are incredibly complex, incorporating materials like deerskin, lacquered leather, horse hair, silk, water buffalo horns, ivory and an array of metals not limited to steel, copper and silver. In a dimly lit room, a collection of helmets resembling Shinto spirits and demons are adorned with intimidating horns. The exhibition includes about 20 swords and just as many sword guards, which are considered important anthropological tools for the way they immortalize heroic figures and mythological events into their ornamentation. Another focal point is a tremendous, 60-foot horizontal scroll depicting a procession that spans an entire wall.