The Populist Wave Breaks on Emmanuel Macron in France 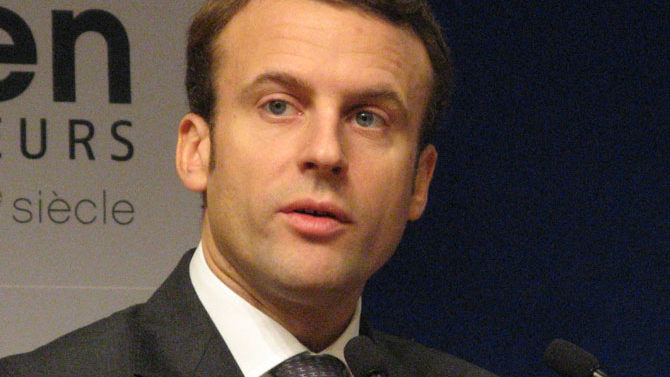 In his victory speech the night of Apr. 23, Emmanuel Macron, the next president of France, said: “I want to become… the president of the patriots in the face of the threat from the nationalists.” The distinction would be lost on most Trump supporters in the United States and on the “Little Englanders” who voted for Brexit in Britain, but it’s absolutely clear to the French, and indeed to most Europeans.

In the U.S., the preferred word is “patriot,” but it usually just means “nationalist,” with flags flaunted and slogans chanted. “America First,” says Trump, and the crowd replies, “USA all the way!”

You can’t imagine a British election rally doing that—the United Kingdom is too close to mainland Europe, where that sort of thing ended very badly—but the English nationalism behind Brexit was painfully obvious. For some in both countries, it’s actually “white nationalism,” but even the many non-racists who voted for Trump or Brexit draw the line at the border or the water’s edge. There’s “us,” and on the far side there’s “them.”

Whereas the French men and women who voted for Macron understand the difference between patriotism and nationalism very well. They will have to vote for Macron again in the runoff election on May 7, when his opponent will be the neo-fascist Marine Le Pen, but in that round they will be joined by almost all the people who voted for other presidential candidates in the first round. She is a nationalist; they are patriots.

In Europe, nationalism is linked in the collective memory with the catastrophe of the last century’s great wars, and the racism that is often associated with it triggers images of Nazi extermination camps. Not all Europeans are immune to that kind of nationalism, or political phenomena like Le Pen in France, Geert Wilders in the Netherlands and Beppe Grillo in Italy could not exist, but they remain a minority almost everywhere.

That was not obvious four months ago. After the Brexit vote last June and Trump’s election in November, Europe’s ultra-nationalists were convinced that their moment had finally come—and many observers feared that they were right. Brexit seemed like the first step towards the breakup of the European Union, and from the Netherlands to Austria, it felt like the fascists were at the door.

Not so. Wilders’ party gained only a few seats in last month’s Dutch election and remains very much a minority taste. Le Pen is no closer to the French presidency than her openly fascist father was 15 years ago—the National Front vote never breaks through the 25 percent ceiling. And the hard-right, anti-immigrant, anti-EU “Alternative for Germany” party has lost its leader and one-third of its popular support in the past month.

The “populist wave” that seemed to be sweeping through Western politics turns out to be merely a storm in the much smaller teacup known as the “Anglosphere.” It’s only known this way to Europeans, who use the word, often tinged with contempt, to describe the deregulated economies and market-obsessed politics of the post-Reagan U.S. and post-Thatcher UK. (Australia occasionally gets an honorable mention, too.)

For a quarter of a century, the politics of the Anglosphere has been consistently subservient to “the market”—even when purportedly left-wing leaders like Bill Clinton and Tony Blair were in power. The result, as you would expect, has been somewhat higher economic growth rates and a rapidly widening gulf between the incomes of the rich and the rest.

The rest of the West has not been immune to this political fashion, but it has been far less prominent in the countries of the European Union (and even in deviant anglophone countries like Canada and New Zealand). Now the disparity in incomes between the 1 percent and the 99 percent has grown so great in the heartlands of the Anglosphere that the political chickens are coming home to roost.

The response in both the U.S. and the UK is not real populism, which for all its faults does at least try to shrink income inequalities. It is standard right-wing politics in a populist style, using nationalism to distract the victims from the fact that these governments actually serve the rich.

Move along, please. There’s nothing new to see here.