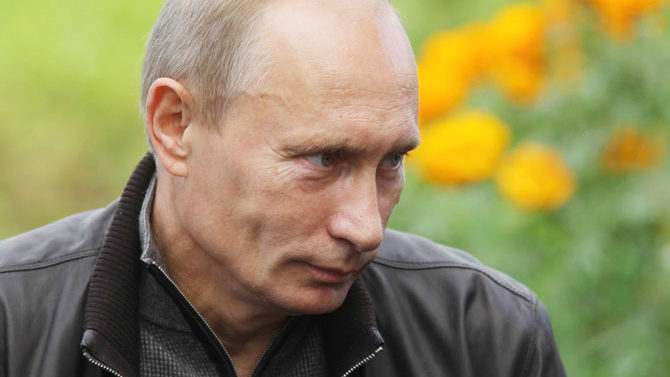 The crowds of protesters in Moscow and other Russian cities were far bigger the last time, in 2011–2012. Opposition leader Alexei Navalny was so intoxicated by the 50,000 citizens who demonstrated in Moscow against Vladimir Putin’s rule that he boasted, “I see enough people here to take the Kremlin… right now, but we are peaceful people and won’t do that just yet.”

It was a delusional thing to say even then. Five years later, the crowds joining the protests against official corruption last week were in the hundreds or the low thousands in most Russian cities. Even in Moscow’s Pushkin Square, they probably did not number more than 10,000—and Navalny himself was arrested on his way to the square. At home, Putin reigns supreme, with approval ratings around the 80 percent level.

He’s not doing too badly abroad, either. He recently met with Marine Le Pen, the leading candidate in France’s presidential election next month and Putin’s favorite Western leader after Donald Trump. She supported Russia’s illegal annexation of Crimea from the start, and promises to work for an end of European Union sanctions against Russia if she becomes president of France this spring.

That promise might be hard to keep, since she would also be busy organizing a referendum on withdrawing France from the EU, but Putin replied, “I know that you represent a European political force that is growing quickly.” It certainly is: The Brexiteers in Britain have already won their referendum on leaving, and the EU would probably not survive the departure of two of its three biggest members.

Without the EU, there would be no powerful counterpoise to Russia in Europe, and the election of Trump has already put an admirer of Putin in the White House. Moreover, Russia is now the dominant outside power in the Middle East for the first time since the 1960s, and it has achieved that position at a far lower cost in blood and treasure than the U.S. paid in 2001–2015.

Putin is undeniably a master manipulator both at home and abroad, and he has good reason to be pleased with his accomplishments. And yet…

Putin has played a weak hand internationally with great skill, but Russia really is weak. Its economy is smaller than Italy’s, and apart from defense industry, the country is largely de-industrialized. (Have you ever bought anything made in Russia?)

Only oil and gas exports give Moscow the cash to play the great power game at all, and the collapse of oil prices has put Moscow on a starvation diet. The relatively low-cost intervention in Syria has brought Moscow high diplomatic returns in the short term, but Putin lacks the resources to play a major role in rebuilding post-war Syria, so Russia’s influence in the region is bound to fade as time passes.

Putin’s real vulnerability is at home. His popular support has held up well despite three years of economic decline because of falling oil income, and it may even carry him safely through next year’s presidential election. But there is no reason to believe that oil revenues are going to recover in the near future.

There is great overcapacity in the world’s oil industry, and it’s entirely possible that Russians face two or three more years of declining incomes (from a base that was never all that high). Many Russians are still grateful to Putin for ending the decade of chaos and acute poverty after the Soviet Union collapsed in 1991, but for half the population that is ancient history.

It is the young whom Putin must fear, because they are less impressed by hollow foreign triumphs in places they don’t care about, and more unhappy about an economic future that leaves most of them bumping along the bottom. He has had a long run in power—17 years and counting—but his future is probably a lot shorter than his past.

In fact, Russia may be at peak Putin right now, with only mounting troubles in his future. The crowds were smaller this time than last, but they were not just in the big cities. When there are protests in places like Chita and Barnaul, you know that a lot of people are running out of patience.