I’m at a loss, and I hope you can help guide me, Jyl. About two years ago I ended a friendship with my closest friend, someone I’d been friends with since I was four. We lived next door to each other growing up, and her father and my mother dated for years (and are still close friends). We grew up like sisters.

She has a diagnosed mental illness and a real sociopathic streak, which I learned to deal with over the years. I was her only close friend for a long time. A couple of years ago she really began to go off the rails—she was arrested for theft, cheated on her husband (who is also a good friend I’ve known since childhood) and started acting erratic and drinking a lot. She lost her kids for a while. I begged her to please get help, or at the very least see a therapist, and she turned on me. She threatened physical violence against my family and started calling and texting harassing messages to me. I had to change my phone number. The last time we spoke, I told her that I had to end the friendship because I feared for the safety of my family, and that I couldn’t continue trying to help someone that didn’t want my support. I encouraged her to seek help and told her that once she was better, a few years down the line, maybe we could try and talk.

I haven’t seen or spoken to her since. And honestly, things have been great. I never knew what a burden our friendship had been. The only problem is, she has quite a presence around town. We’ve known each other since we were four, and in this town, everyone knows everyone. We have so many mutual friends. I’ve taken the high road and haven’t really spoken to many people in my circle about what happened, but she has. And I gather that her story is somewhat different, because slowly but surely most of our mutual friends have dwindled away from me. That’s okay, too. I figure that’s their choice. I knew when I ended the friendship there might be consequences.

That being said, it seems like every time I make a new connection in this town and start to form new friendships, it always comes back to her. Eventually they’ll meet her and become friends with her (she’s a very dynamic, charming person) and inevitably, after a time, they stop talking to me. This has happened three times over the past two years. I feel like a pariah. I know it’s my own doing, because I chose to end the friendship, and I can’t force my former friend to just be quiet and stop talking about it. I know her well enough to know that she’s doing it on purpose. She’s very manipulative, and she’s a great liar. I can only imagine what people are being told. I try not to care, but it’s hard.

I know I did the right thing for me, my family and for her. But I’m being punished for it, and have been for the past two years. I’ve never tried to clear the air with anyone, or even brought her up amongst friends, because I don’t want to gossip or do anything vindictive. The worst part is that my daughter is suffering for it. She doesn’t get invited to her friends’ birthday parties anymore, or on park trips, or out to do fun things. Our mutual friends shunned her when they shunned me, and she’s lonely. It doesn’t help matters that she goes to the same daycare as my former friend’s two girls.

Short of moving out of Athens, taking my daughter out of daycare and putting the kibosh on my social life altogether, I don’t know what to do. I had to cut this friend out of my life for the well-being of myself and my family, but the consequences have really been awful, and I’m really tired of being badmouthed all over town. Help me, Jyl! 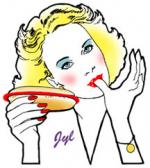 Are all of your other former friends unaware of her arrest, the temporary loss of her kids and the cheating on her husband? Or do you think she just lied, charmed and manipulated her way out of that? Do they just not care? Because I would think that at least after she went off the rails they would be smart enough not to listen to her bullshit anymore, much less cut you off because of anything she said. In any case, you have to make a decision. Do you reach out to some of these people and try to get some of your old life back? Are there any that you were particularly close to, people you can trust and can have a non-gossipy but very candid conversation with about the situation? Or do you walk away and hope/wait for her façade to crumble and for everyone to realize that she is toxic and you were a victim?

I realize that Athens can seem like a small town, especially if you grew up in it. But it’s not exactly podunk. There are over 100,000 people, and not all of them are in the same social group. Most of them have never even heard of this former friend of yours. You aren’t being badmouthed “all over town.” You’re being badmouthed to a relatively small group of people who used to be important in your life, by a mentally unstable person. You were smart enough to get free of her, and you are a happier person for it. Isn’t there some way you can get your daughter into another daycare? And by doing so, wouldn’t you be moving yourself and your daughter into a different social situation? It sounds like you could both use some new friends and a fresh start.