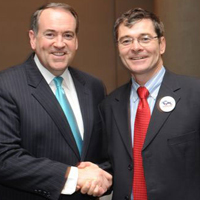 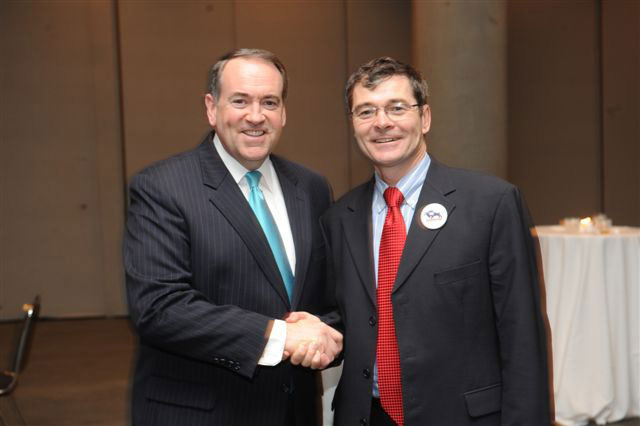 Wintervilleâ€™s Tim Echols may be the most interesting man in Georgia politics. He is a theocrat whose proudest achievement is a school that teaches young religious fundamentalists how to grab the reins of governmental power. Yet his own chosen theocratic course led Echols to run for Public Service Commission, which, in addition to being among Georgia’s most obscure elected offices, is also one whose narrow purview allows for nothing that would resemble theocratic governing. Echols augments his religion with a decidedly more worldly free market fundamentalism, which seems to place him at direct odds with the Public Service Commissionâ€™s charter. Yet his capitalist zealotry has thus far done more to antagonize the corporations than the rest of us.

Echols’ theocratic intentions would make some Iranian mullahs blush. His lifeâ€™s success is TeenPact, a â€œleadership schoolâ€ whose â€œmission is to train youth to understand the political processâ€ in order to rewrite the countryâ€™s laws to reflect the Bibleâ€™s â€œinerrantâ€ and â€œinfallible… authority.â€

TeenPact teaches children from hardline Christian families how to run for office, work in campaigns and operate in the arcane world of legislating. The school also largely pulls from home-school families, so it’s got this borderline cult-y, sheltered-from-the-21st-century vibe: you know, the exact crowd you want writing your laws. Begun in the basement of the Georgia Capitol, the school has been successful, gathering a support team that reads like a Whoâ€™s Who of American Christian fundamentalism. TeenPact boasts classes in 38 states and thousands of graduates who probably know more than you and me about how to influence the political process from the inside.

In 2010, Echols entered electoral politics himself. If thereâ€™s a back door to governmental power, the Public Service Commission is the distant back gate you sneak through to catch sight of the back door. Unable thus far to find a way to use anti-gay fervor to generate electricity, Echols has nonetheless brought a different sort of extremism to the office as a â€œbeliever in the free market systemâ€ [emphasis ours]. The problem is that the commissionâ€™s entire raison dâ€™Ãªtre is to regulate industriesâ€”electricity, telecom and othersâ€”which by their very nature tend toward abuse, monopoly and market failure.

Due to the nature of the industry and its barriers to entry, thereâ€™s no such thing as a mom-and-pop electricity provider. There is not, and cannot be, an electricity market; only a heavily state-regulated system. It’s been understood for some time that a free market for electricity, in which an unlimited number of individuals run power plants and string their own power lines down the street, is a quick way to start a statewide electrical fire. It requires a fundamental misunderstanding to suggest that a free market is at all appropriate in this industry.

However, it was his free market ideology that led Echols to buck fellow Republicans and become one of the loudest objectors to Georgia Powerâ€™s attempt to push substantial costs of a nuclear power plant onto current ratepayers who may never receive electricity from the plant, which continues to exist only in the abstract. Declaring himself free of financial relationships with the commissionâ€™s regulated industries, Echols condemned the 90 lobbyists hired by Georgia Power as a violation of the free market. Of course, the nuclear power free market envisioned by Echols means a privatized radioactive waste disposal market, in which firms compete to see who fails and who succeeds. What constitutes failure in the handling of nuclear waste, when each firm is trying to maximize profitsâ€”which is to say, minimize costs? Hereâ€™s hoping some second-rate BP is never allowed to get into the business of handling the most dangerous substances on Earth.

Echolsâ€™ free market fundamentalism is like that of Ron Paul: respectable but kind of terrifying. Principled politicians are refreshing and rare, and earnestness should always be welcomed in the ethical cesspool of politics, and there is in Echols a discernible core of internally consistent logic. Itâ€™s just that the logic depends on holy spirits and invisible hands.