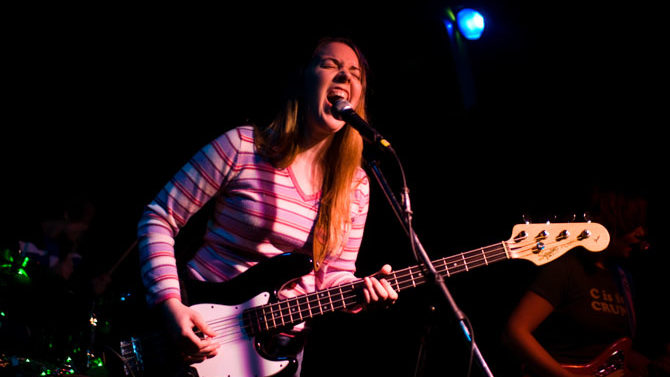 The ladies of Incendiaries (a group that has existed in some incarnation since 2005 but that now includes Mandy Branch, Mary Joyce, Erika Rickson and Erica Strout) have spent years quietly perfecting their carefully sourced brand of angular rock and roll. It’s come to a head with the recently released Give Me a Reason, an album that should appeal to fans of Sleater-Kinney and Aimée Argote’s nebulous Des Ark, two groups Incendiaries cite freely as influences. But the raw, energetic record is the band’s own. Local dream-pop outfit Wedge has experienced a similarly positive evolution over its half-decade or so of existence; last year’s These Thieves EP was that group’s most mature and enticing outing to date. Instrumental South Carolina rockers Pan also perform.