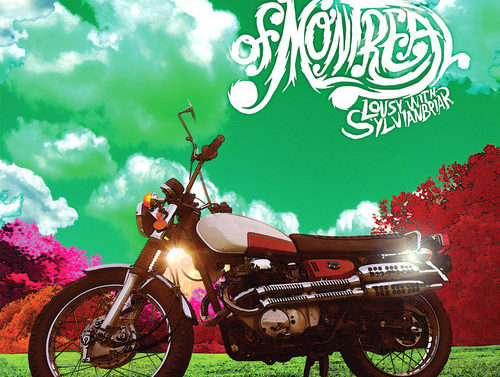 The new album from local psych-pop shapeshifters of Montreal is due out Oct. 8 via Polyvinyl (preorder the record on kool green vinyl here). It’s called lousy with sylvianbriar (all lowercase), and you can view the cover art above.

Below, stream the record’s first single. “fugitive air” (again with the lowercase) is a lower-fi affair than most recent oM, harkening back to the group’s early 4-track days. In fact, the press release reports that the new album was recorded on 24-track tape with local engineer Drew Vandenberg.

The list of personnel on sylvianbriar is also a bit different: in addition to ringleader Kevin Barnes, the album features Rebecca Cash on vocals; Clayton Rychlik on drums and vocals; Jojo Glidewell on keys; Bob Parins on pedal steel and bass; and Bennet Lewis on guitar and mandolin.

The Court Speaketh, But What Dost It Say?