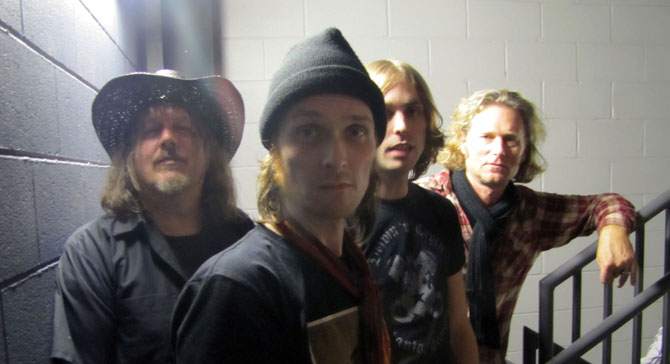 It’s unusual that a rock and roll band lasts one decade, let alone nearly three, but Drivin‘ N’ Cryin’ continues to persevere despite the odds. A somewhat tragic victim of circumstance, the talented and hardworking Atlanta-based group enjoyed moderate success in the late ’80s and early ’90s with singles like “Straight to Hell” and “Fly Me Courageous” before being chewed up by an increasingly fickle music industry. “Regular Guy” Eric Von Haessler’s new documentary, Scarred But Smarter, examines the group’s checkered history through unflinching interviews with charismatic bandleader Kevn Kinney and his contemporaries, as well as younger musicians who followed in his footsteps (including Dead Confederate’s Hardy Morris). At the Melting Point Thursday, the doc screens at 7 p.m. Singer-songwriter Shelly Colvin plays at 9, and Drivin‘ N’ Cryin’ goes on at 10.