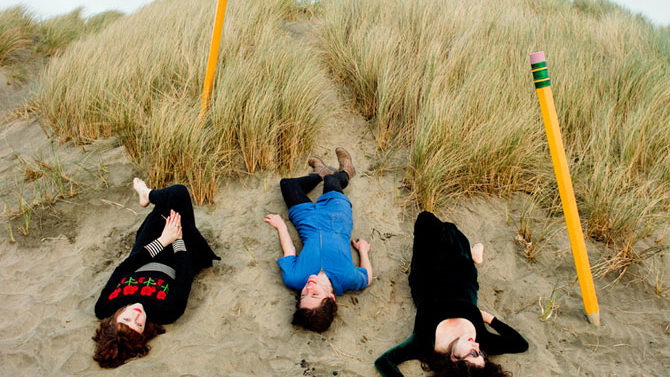 Where do you go when you want a terrestrial sabbatical, a reprieve from Earthly concerns? Flagpole recommends Grass Widow. It’s fitting that the cover of the San Francisco trio’s new album, Internal Logic, shows the band’s name carved into the moon; the album may as well have lunar origins. Each of the record’s 11 tracks is a three-minute capsule evoking proxy worlds, self-contained zones that, while referential (early British post-punk, Olympia pop, psychedelic whirl), are also somewhat alien, unlike any of their influences. Credit the group’s raised voices: often, if one member of Grass Widow is singing they are all singing, harmonizing as often as they are working at rhythmic odds. Surfy guitars, jarring left turns and a propulsive punk aesthetic is just part of what the band has been honing over the past five years. Now, the group’s vessel is poised to land at the Caledonia Lounge, and at the peak of its power—so far.