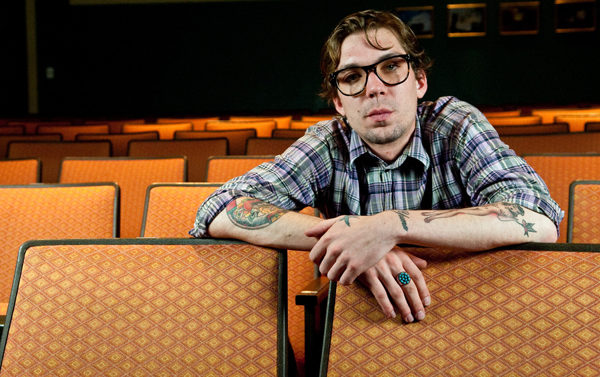 “I hear my father on the radio/ Singing ‘Take Me Home Again,'” Justin Townes Earle sings on “Am I That Lonely Tonight?”, the first track on his most recent album, Nothing’s Gonna Change the Way You Feel About Me Now. Later in the same song, it’s “Sometimes I wish that I could get away/ Sometimes I wish that he’d just call.”

It’s an immediate and effective method of getting the backstory out of the way while also acknowledging its import; that Earle is the son of country music legend Steve Earle is an unavoidable and oft-cited part of his identity, but it ain’t the whole damn thing.

Of course, in many ways, he is like his father, from the unmistakably gruff vocal delivery to the lyrical ambiguities, which circle unimpeachable truths like so many vultures. But the younger Earle’s songwriting also showcases the depth of his own character.

As a singer-songwriter, he stands head and shoulders above most, his lugubrious tendencies balanced by a certain tonal lightness. Stylistically, he is unafraid to explore, learned as he is in the history of folk culture. Nothing’s Gonna Change… flirts with boogie, blues and many other points on the roots music spectrum, and sounds remarkably convincing and cohesive while doing so.

More than most musicians, it seems that Earle’s personal life will never be truly separated from his professional one. There are the oft-reported struggles: He makes no secret of a longtime battle with addiction, and shortly after Nothing’s Gonna Change… was released, he was arrested in Indiana for drunkenness and battery.

And, yes, there is the matter of his dad. Let’s just say the references don’t end with that opening couplet. But, tricky though that relationship may be, and complicated though Earle’s personal life may remain, his artistic output is a rich and singular statement of being, the powerful and bittersweet sound of a man searching for his place.