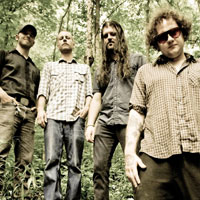 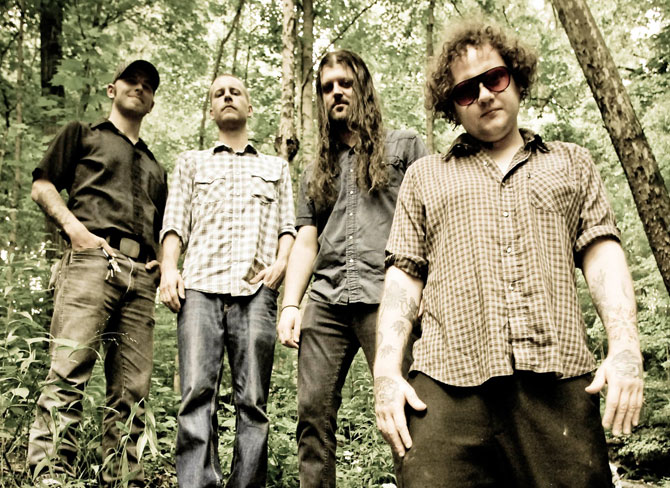 Punk bands are meant to stagger towards collapse; rather than go in on some sort of long haul, there’s supposed to be a built-in self-destruct mechanism. One imagines that many, many wires and connections in the machine that is Racebannon may have gone haywire from the start, including the aforementioned doomsday device. Since 1996, the monstrous noise-punk outfit from the Midwest (Indianapolis by way of Bloomington) has continued to tour and issue ample skree and skronk as if men half their age.

Racebannon first truly captured the attention of 7-inch fiends the nation over with its now-classic, entirely effed hardcore classic Satan’s Kickin’ Yr Dick In back in 2002. While the band knew its way around knotty gnarl and creepy studio-abuse alike, perhaps its most significant calling card would be the lead vocals of Michael Anderson (not to be confused with the diminutive actor of “Twin Peaks” fame). Anderson combines the commanding Old Testament-isms of Saccharine Trust’s Jack Brewer, the multi-tracked voices-in-the-attic of Oxbow’s Eugene Robinson, the wheeze of U.S. Maple’s Al Johnson and the party-boy abandon of Keith Morris to bring a supremely unhinged narration to Racebannon’s music.

The band’s latest album, Six Sik Sisters, was recorded by Kurt Ballou, the Converge guitarist who has brought previously inconceivable heaviness to projects with Coliseum, Genghis Tron, Torche and many others. This is fitting, as the band’s recent material sees Racebannon moving further from the punk end of their creative spectrum to the metal end, while simultaneously retaining crushing tightness and genuine spontaneity. Who knows if the fellows will be able to keep up this level of intensity for another 16 years, so be sure to be in full effect for this visit.