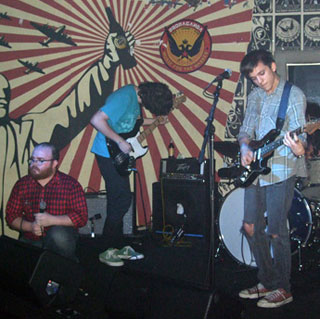 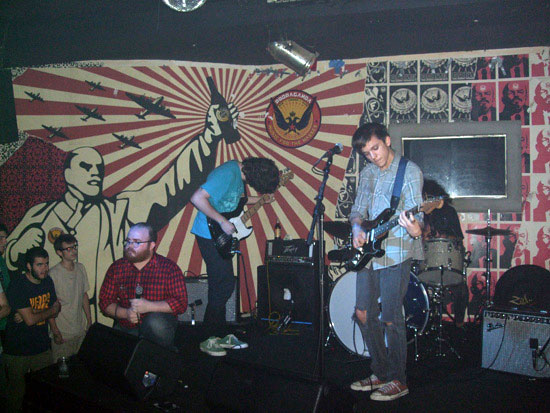 Ed note: Just got word that Weird Wives had to cancel their show in Athens. However, Baltimore electronic artist OCDJ will be performing instead.

Roger Ebert recently stated that video games are not art and never could be, and irate commenters promptly handed him his head. Whether video games are art or not is up for debate, but they are undoubtedly a bellwether for our times. Take the Wii game “Just Dance,” for example. It’s “Guitar Hero” for the “Dance Dance Revolution” set: you hold the Wii baton and try to mirror the movements of a Day-Glo figure on the screen as they do the Running Man, cabbage patch, mashed potato, etc.

If you are going to make a video game about dancing, naturally it needs to be soundtracked by music that consumers would want to dance to. The latest edition of the game features recent bubblegum (“Tik Tok”), throwbacks for the older kids (“Wake Me Up Before You Go-Go”), even peppy ska (“A-Punk”). But little in the rock vein. This is an apt reflection: it’s just not a very present genre right now in the mainstream, unless your name is Wayne or Cudi. The lower ranks have eschewed the loud stuff as well, favoring mellower fare made by folks with little use for aggressive tendencies.

Kudos, then, go to the fellows of West Palm Beach band Surfer Blood, who represent with not one but two excellent rock bands. In addition to their widescreen-sunglasses, big-pop, guitar-based main gig, two and a half members of Surfer Blood also play in the band Weird Wives. Coming from the Chicago school of noise-punk, it’s all gross bass and gross vocals and gross everything—very much for fans of the Jesus Lizard, Pissed Jeans, or Chrissakes. Weird Wives are a good reminder that modern music isn’t only meant to be a good beat you can dance to. There are other, baser needs that music can and should satisfy. It could be dance music, though, should a padded room be provided.