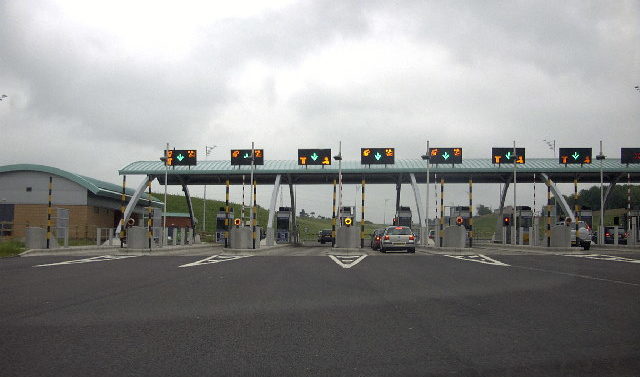 1. Do all toll booths smell the same?

There are many factors that determine what the inside of a toll booth smells like, and no two smell exactly alike. The materials that toll booths are made of are partially responsible for its smell. For example, a booth made of metal smells less like wood than a wooden booth does. Of course, it goes without saying that the genetic makeup of toll booth operators also plays a major part in a booth’s smell. Other things to consider are food odors, pest populations and how recently the booth’s interior was painted. In general though, toll booths smell like an empty ice cube tray and new styrofoam.

2. Is it OK that some toll booths don’t have arms?

The gates that lift up at certain toll booths are often mistakenly called arms, but the correct name for this feature is lips. Some toll booths do not have lips because there is an inadequate supply of batteries available to power each and every booth. Ethical concerns with regard to lithium mining are the root of this supply shortage. While toll booths and their operators take only a vague stance on this issue, the repercussions are real and immediate from a practical standpoint. Ultimately, toll booths with lips are better, but it is socially acceptable that some booths do not have them.

3. How many toll booths are there?

It is impossible to get an accurate count because toll booths are in a constant rotation of either being erected or demolished based on a lottery system. There are no approved statistics in publication that reflect any official views on this matter.

4. What are tolls used for?

This question is about tolls and not toll booths. Off-topic questions will not be answered.

5. Do toll booths have bathrooms?

All toll booths are required to be equipped with restrooms. The facilities must have operating toilets, sinks, hand dryers, showers and dry cleaning services. All restrooms are located either on the second floor or in the basement, depending on state law. Toll booth restrooms are available for public use when tolls are not actively being collected. Tipping the bathroom attendant on duty is strongly encouraged.

6. Which toll booths are haunted?

All toll booths are, or will be, haunted. The ghost of Dwight D. Eisenhower haunts one individual toll booth at a time for no longer than eight consecutive days and no less than three days. The 34th U.S. president was unable to visit every toll booth in America before he died and now is doing so from the spirit realm. Unfortunately, given the constant rotation of toll booth demolition and building, the soul of Dwight D. Eisenhower will never be at rest. Feel free to ask your toll booth operator if they have been visited by Eisenhower’s ghost the next time you are at a toll booth.