Athens Has a History of White Supremacist Violence

Last month’s mass shooting aimed at Spanish-speaking people in El Paso, TX underlined once again the fact that heavily armed white supremacists are locked and loaded right here in America. Such people have been emboldened by the ascendance of Donald Trump from the penthouse to the White House, but the demonic deeds and doctrines of right-wing racists long predate the Trump presidency.

America’s original sins of enslavement of black people and genocide against indigenous red people were founding principles of this nation that claimed that “all men are created equal.” After the Civil War, the Ku Klux Klan became a terrorist group that saw its zenith in the 1920s, when millions of white Americans claimed membership in the racist “invisible empire.”

The terrorist tentacles of the KKK reached into towns, cities and rural hamlets all across America, and Athens was no exception. The historic roots of white supremacy run deep even here. In her 1994 book, Behind the Mask of Chivalry, Nancy MacLean exposed the Athens chapter of the KKK during the 1920s, when the group directed its venom not just against African Americans and Jews, but also against immigrants, “immorality” and the perceived threats from the growing American labor and feminist movements. MacLean pointed out that the local KKK chapter was composed of solidly middle class and “respectable” white citizens like small businessmen, office workers, police officers and Protestant preachers. 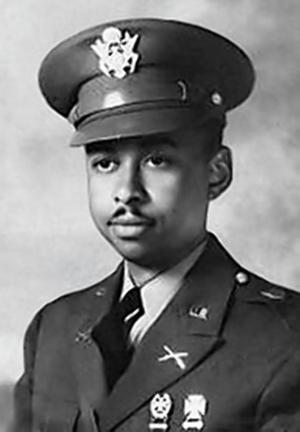 When the University of Georgia was desegregated in 1961, police had to use tear gas to disperse a howling white mob of UGA students, Athens townspeople and racists from outlying areas who opposed the admission of two African-American students to the university. Just a few years after that ugly local incident, the eyes of the world were on Athens when local Klansmen murdered a black educator and decorated Army Reserves officer.

The crime was detailed in the slim volume Murder at Broad River Bridge: The Slaying of Lemuel Penn by the Ku Klux Klan, by longtime Georgia journalist Bill Shipp. Originally published in Atlanta in 1981, the book was reprinted by the University of Georgia Press in 2017. Shipp wrote that “Klansmen considered themselves patriotic Americans fighting against the enemies of the people. Those enemies included the FBI, Jews, President Lyndon Johnson and anyone else the Klansmen regarded as a threat to the Southern way of life.”

Penn was murdered by Athens Klansmen just days after the passage of the sweeping Civil Rights Act of 1964. Spotting Penn and two other black friends passing through Athens in a car with out-of-state license tags, one of the Kluxers muttered about the motorists being “Lyndon Johnson’s boys.” The Klansmen followed Penn’s car out of Athens, where they pulled alongside the car near the Broad River Bridge and killed him with shotgun blasts. The killing was one more shock to the conscience of a nation that had endured a spate of racially motivated murders during the rise of the black freedom movement.

After a long legal struggle in state and federal courtrooms, two Athens Klansmen—Joseph Howard Sims and Cecil William Myers—were both sentenced to 10-year prison terms. The stain of their crime still lingers in Athens 55 years after they murdered Penn, an accomplished black man who was not even involved in the civil rights movement and who only wanted to get back to his home in Washington, DC.

Today the specter of white supremacy still stalks the land. The Anti-Defamation League was correct in a recent report that said, “Violence and crime represent the most serious problems emanating from the white supremacist movement. White supremacists have killed more people in recent years than any other type of domestic extremist (54 percent of all domestic extremist-related murders in the past 10 years). They are also a troubling source of domestic terror incidents, including 13 plots or attacks within the past five years.”

The hallways of history are littered with the corpses of the victims of white supremacy, and the carnage continues. Slain civil rights leader Martin Luther King Jr. was right when he said, “By our readiness to allow arms to be purchased at will and fired at whim, we have created an atmosphere in which violence and hatred have become popular pastimes.”