Phil Williams Takes Us Far Beyond the Gates 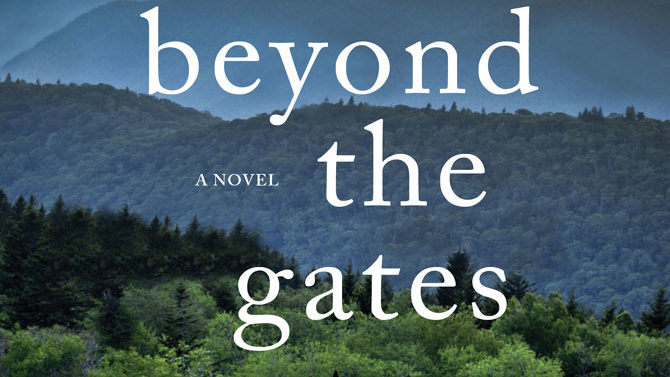 Well, Phil Williams has done it again. He swore he had retired from writing and was just spending his time out there in the woods of eastern Oconee County taking long walks and watching the seasons change. That can be dangerous for writers. Their minds don’t stop working just because their feet are moving. Their thoughts flow; one thing reminds them of another. They sit on the porch and take another look at old manuscripts and find them better than remembered. Thoughts rise and fall like the creeks, like the turning leaves, like memories, like life.

So, in what he considers his old age, Phil’s fallow mind has found us another novel: Far Beyond the Gates, published by Mercer University Press. Moreover, we’re all invited to a combination party celebrating the 20th anniversary of the Georgia Writers Hall of Fame, Phil’s 70th birthday and the launch of Far Beyond the Gates. The party, sponsored by the Georgia Writers Hall of Fame and the Hargrett Rare Book and Manuscript Library, is Thursday, Jan. 30 from 5:30–7:30 p.m. at the Richard B. Russell Building Special Collections Libraries on campus. Phil will read from and sign copies of his new novel, and a reception follows. The event is free and open to the public, but you need to register at calendar.libs.uga.edu/event/6143727.

Far Beyond the Gates is all about love and loss, ambition and aging. Lucy—a divorced, childless schoolteacher—travels from Oxford, MS to spend the summer near her Pulitzer-Prize-winning historian father, Pratt, now hobbled by multiple sclerosis in his mountain home within a gated community outside Asheville, NC. This story is told through an interlocking series of diary entries by daughter and father. Both are self-consciously intellectual, and both are tortured by bad choices and the inability to love. The diary device works well, though it locks you into their heads. You have to see everything through their eyes, as interpreted by their academic minds, which constantly blend past and present amid a plethora of literary references, as they try to get at the truth of who they are, why their lives have turned out this way and whether they can find some reconciliation before Pratt’s advancing illness makes their estrangement irrevocable.

Not only is Lucy’s father an eminent historian at the University of North Carolina, her mother holds a prestigious endowed chair in art history at Duke. Lucy grew up left behind their dual contrails as they jetted to conferences and speaking engagements which soon included infidelities and eventual bitter divorce. So Lucy craves love but can no more let herself give in to it than she can escape the academic milieu into which she was born. Her former husband is a failed writer. Her new love interest in the mountains can’t finish his dissertation; the graduate student who helps take care of Pratt can’t finish his, either, but is kept on at Chapel Hill so that he can teach too many courses for too little pay.

There are secrets. They are the keys that can unlock the chains that bind Lucy’s heart. Her father says he wants to reveal all, but his strength is failing just when he must unpack his own life to lay bare what is left of his soul if he is to set Lucy free. And there is Sean, the ABD landscaper who makes Lucy feel like Lady Chatterly, though she shies from love, and Victor, the ABD nerd who cares for her father and, as it turns out, for her. Bon chance! There is a bookshop proprietor and his daughter, who becomes Lucy’s friend. There’s Pratt’s nurse, who is as loving as the rest of them are emotionally blocked.

And there is a hell of a lot of rumination on the past and what it does to us, just as we all really are constantly running our minds backwards, trying to make sense of everything.

As the dueling diaries advance through time, their contents become a matter of life and death. Pratt has the answers Lucy seeks, but can he bring himself to reveal all before he goes mute and thus moot?

Pratt tantalizes Lucy and us. He drops hints; he promises that when all is revealed she will understand everything; he has us searching the text for the clues that he says are in plain sight. Will the old bastard finally come clean and fit all the pieces neatly into place? Read it, and weep.